I Could See Him Getting Bitch Slapped...

...good and hard for screaming repeatedly into someone's ear like that, or maybe even being beaten to a bloody pulp.

Not that I necessarily advocate violence in return for screaming but  I would think the guy being yelled at could think his hearing in jeopardy and that he may believe it to be a threat of serious injury and act accordingly. Of course, the fact that the asshole is not only screaming in the guy's ear but is also shoving into him with his body possibly could be considered assault in some places, and a threat of serious bodily injury since the guy being shoved seems to almost loose his balance a couple of times, which could result in a a fall and a serious injury and thus possibly could justifiably deserve force in return (again - in some places). I assure you, I would not idly have stood for what the jerk-off in the maroon cap was doing if it was being done to me and I felt so threatened I would have taken legal actions to defend myself until the threat had ceased.

Good Riddance To An Alien of Sorts,....

President Trump has ordered him out! That ouster will probably bode very well with the Border Patrol's union and rank & file considering that they opposed Morgan because he reportedly was supportive of President Obama's leniency toward illegal aliens (source). The Border Patrol union and its rank & file considered this outsider a disgrace (source).  I say good riddance and don't let the border crossing hit you in the arse.

One has to wonder, what part of the term illegal alien was it that neither Obama nor Morgan understood to mean that they are here illegally and thus deserve nothing from us while those who wait, for years, to enter legally (and I mean those without refugee status) were pretty much ignored and forgotten by Obama.  Hopefully President Trump will set this all right and legal immigration to our land by law abiding immigrants will become the desired norm as opposed to the entry of illegal aliens being accepted as normal or desired in any way shape of form.

Trump draining the swamp - I love it.

I will be amazingly and happily surprised if there is not at least one serious assassination attempt made against President Donald Trump within the next 6 months at most  but I believe one is imminent within that time frame. The American left evidently has become that completely anti-everything that is not in complete agreement with their absolutely foggy leftist agenda. They are totally intolerant of anything not falling within their extremely bizarre parameters and Trump is their main antagonist in their eyes.

As evidence of that, not only can you look to the civil unrest  that was unleashed by the left upon Donald Trump becoming the lawfully elected president, to the numerous threats against him that have been made via social media and via public events such as when Madonna said she had considered blowing up the White House (source), to the head of a Secret Service office saying in essence that she would not defend the president (source - a leftist or at least liberal source at that) but now we also have this - a teacher allegedly shooting an image of Donald Trump while screaming "die" (source).

Yes, I had thought that maybe some good old racist white boy from the south would try to off Obama and that did not come to pass but then again he was a democrat just like most of those so called good old boys from the south. Trump, on the other hand is a Republican or at least ran as one, though he is as far removed from the RINOs as I can imagine (and that is a good thing). Anyway, it is definitely the left that is making threats against him and that seemingly poses the biggest credible threat to him. Yes indeed, I would be amazingly and happily surprised if such does not come to pass but with the current rabidity of the whackos on the left, I see it coming sooner than later and that is a bad thing.

Stay safe Mr. President Trump and keep doing what you are doing because we who voted for you, and by now I am sure many who did not vote for you, see you as the only person who has a chance of saving the United States of America from economic collapse and from the utter destruction of our Constitutional Republic by anarchists and leftists. 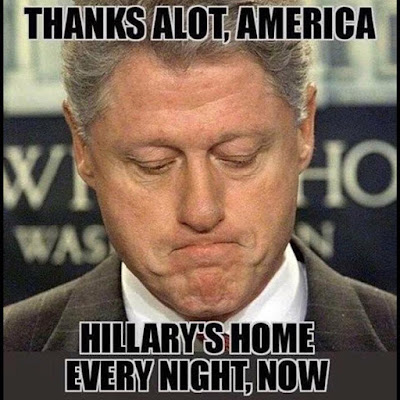