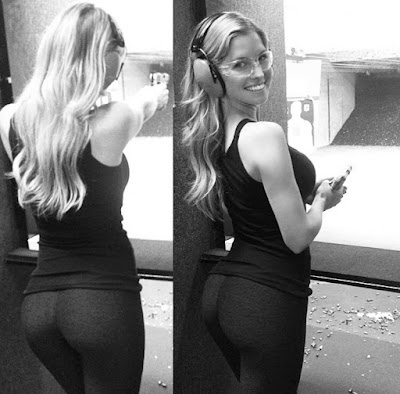 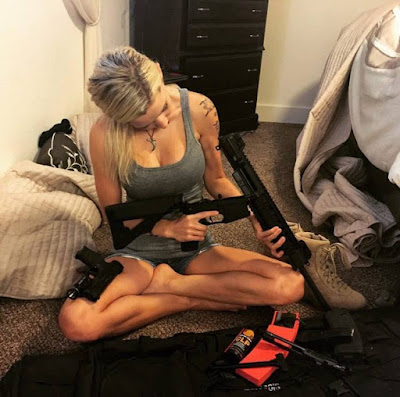 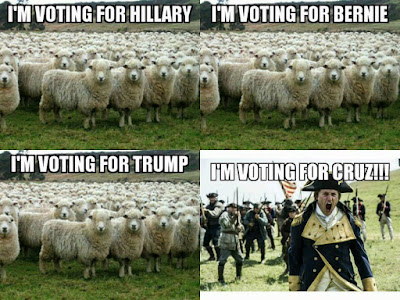 Actually, I think that is quite off he mark. The angry people, those who want to fight the establishment, are voting for Trump too and in much greater numbers than for Cruz. Let's face it, they are pissed off and want to do something about current politics and they are not sheeple by a longshot.
I much prefer Cruz , his politics are closer to mine than any other candidate in the running right now. As far his policies with which I do not agree go, I probably can tolerate them. That said, I must also say that I am beginning to believe that Cruz does not stand even as much of a chance as Kasich of winning the nomination and that is disappointing. Of course Kasich can only get in by the same old underhandedness with which we have become familiar on the part of Republicans in recent years. I know one thing, if Kasich gets the nod from the RNC, I will never vote for a Republican again.
I also know one other thing, if Trump actually gets the nomination you had best think hard deciding not to vote because he is the candidate as many say they will do. Not voting for him because you do not agree with him on some of the issues would only allow that piece of leftist white trash, Hillary Clinton, to destroy America. If there is only one thing I believe about Trump - and that I think you can believe too - it is that he truly wants to make America great again and because of that it will not be politics as usual if and when he gets in.
A hat tip to Sarah C who had that pic posted on her FB page.
All the best,
Glenn B
Posted by Glenn B at 4/27/2016 09:29:00 AM No comments:

...is probably forthcoming. One of my favorite readers has been visiting my sight a lot less lately because of the photos I post in Everyman's Evening Eyeful. I guess to some folks it is an eyesore not an eyeful. It may seem less than evenhanded on my part but since this lady's friendship means much to me, I think I'll be dropping the daily postings of Everyman's Evening Eyeful. You can easily find that stuff yourselves by doing a Google search or looking through Reddit.

I may just post them on the weekends, or one or twice per week, or something like that or I may stop it altogether. I need to think on it a bit. For now though, the ones I already have scheduled, which are about a weeks worth, will post as planned. After that, I can find something else to post.

Please note, she did not ask me to remove Everyman's Evening Eyeful, nor even hint that I do so. I am merely going to do whatever I do with it, cut it back or just stop posting it altogether, out of respect for her sensitivities. because I appreciate her feedback on my blog and because she is truly a very nice person and a good friend even though we have never met face to face.