No Deer In The Woods But...

...there was a deer dear behind the bar tonight. The dear behind the bar was Danielle. She was the barmaid at a bar/restaurant, the name of which I cannot recall, in Binghamton, NY tonight. She was just a very nice server and a very nice young lady. She also just happened to serve me the biggest piece of fish I have had in a restaurant in a long time. I am not a typical fish & chips sort of guy but ordered it tonight. It was very spicy and absolutely excellent and was a huge portion for a decent price ($14). Danielle simply made it better.


Who knows, maybe I will find a dear deer in the woods tomorrow!

I May Just Have To Add This...

...to my Christmas wish list. I have been thinking about getting myself some movies to watch, so why not start with a 12 film set of what are no doubt classic movies! 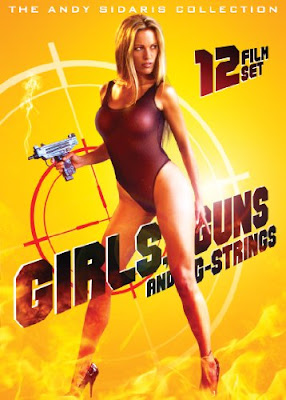 ...since I said I wanted to leave for hunting by 1000. The mother-in-law beat me to the shower. My guess is I have another half hour wait for it. I guess I should never have hesitated by stopping to blog.

I Am Jealous Of This Guy...

...because I too would like to have each and everyone of the guns in this picture! 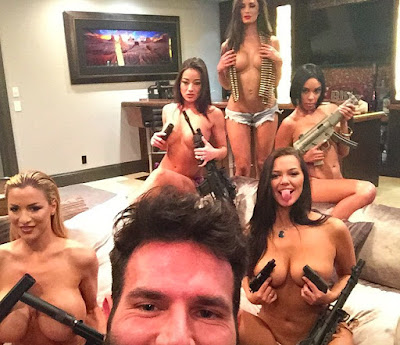 ...and figured to leave my house by 0300. I even got to sleep at about 1830 last night but by 2015 the noise my son and his drunken buddies were making while watching The Hobbit awakened me. I only got back to sleep well after 2000 hours. I figured I would get enough sleep by 0500 or 0530 and head out then and still get enough hunting time in today to keep me happy even though it would have taken me at least 3.5 hours to get to where I hunt. At 0200, the alarm on my phone went off. I forgo to reset it when I went back to bed! Awakened once again, damn. While in a fairly deep slumber, at about 0300, I felt one of our Chihuahuas jump off of the futon as she climbed over me. That was immediately followed by the unmistakable whine of Abby, our long haired Chihuahua. It was the I gotta go pee whine. So I let her out to do her thing. Then it was back in the sack for me.

I tossed and turned after that for quite the while and at about 0400, not long after I got back to sleep, I was awakened again - this time by a pain in my right knee. It was either caused by the gout or some mystery illness that has not been diagnosed by my docs yet. I am betting it is gout, so I got up and took a Colcrys and crawled back onto the futon. Somewhere in all this mess, I have a foggy recollection of having watched an old B&W movie, One Way Passage with William Powell and Kay Francis. At about 0600, I woke up again, this time Abby was giving me the I want to eat whine. Unlike our four other dogs, she is a whiner, you can safety bet she has one for almost everything. So, I got up, dragged Pepe (our male Chihuahua) out from under my blanket and let him out. Then I fed Abby. When Pepe came back inside I fed him too. My knee was aching some but not as bad as before. Anyway, it was hurting enough I figured I had better take it easy. I went back to bed craving a few hours sleep.

I got up about an hour ago. Note I did not say I awoke an hour ago; that is because I was laying there in bed trying to sleep for the two or so previous hours with no luck. I had been in bed watching a couple episodes of The Rifleman. All that lever action action got me thinking about my Marlin 336  and hunting. So I finally dragged my arse out of bed and upstairs to make some breakfast. Had a couple of scrambled in coconut oil, a piece of corn rye bread (not a spec of corn in it) and a nice cup of Joe. Went upstairs after that to take a shower but the wife was in their, she said she would be five minutes, that was 10-15 minutes ago. Just sat down and decided to hit the blog since I have been absent way too long. I am still debating whether or not to go hunting. If I leave by 10, I can get there by 1330 or 1400 which would leave me a good 2.5 hours of legal hunting time today. Then I would also have all day tomorrow. Bending the knee back and forth right now (as I type), it is feeling better. Maybe I took the Colcrys in time to help reduce the pain. Ah, I hear the wife in the kitchen. I had better go climb into the shower before anyone else does. Then I think I will head out to upstate NY and see what happens. I can either hunt for deer or just sit under a tree in the woods and catch up on all the sleep I missed out on last night.