..on the TV and the other (yes I have two eyes as opposed to Carl's one) on the laptop. The show has me pondering if tonight's new upcoming episode could be any better than last week's. I have given it some thought and I have come up with the same answer I did right after last week's show was over. The answer is: Yes it could get better but only if Carl drops dead and turns into a zombie in this one!

Email ThisBlogThis!Share to TwitterShare to FacebookShare to Pinterest
Labels: the walking dead

Heck, it's Sunday night, so I figure I'd give you two this evening. 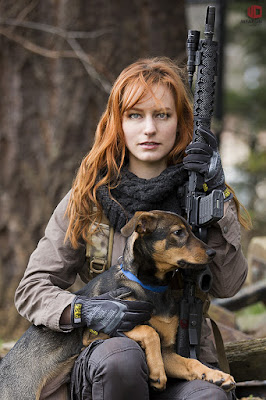 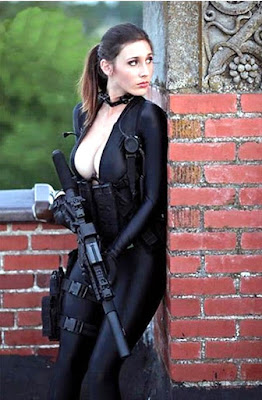 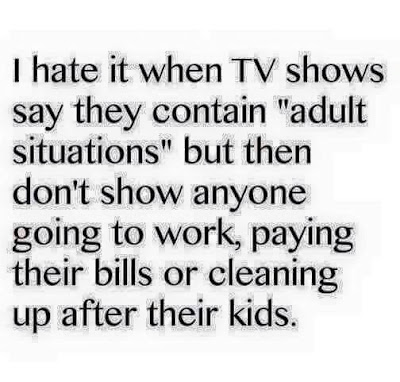 A hat tip to Carmen R for that one.

Once Upon A Time In America...

...the police would have been more likely not to have taken this guy prisoner. I am referring to the man who allegedly drove around Kalamazoo and who allegedly shot down and killed six people at random (source). Yes, that means, that once upon a time, they would have been more likely to have shot him dead and made sure he was dead as opposed to apprehending him alive.

I am pretty certain, that even in todays age of cameras everywhere, they in all likelihood could have killed this guy and had legal, if not ethical, justification for doing so. That is unless when they confronted him he literally froze in place. Virtually any movement of his hands, after a command of "police - don't move", almost definitely could have allowed any officer to have had reasonable suspicion, even probable cause, to believe he was going for a weapon and was a threat to the officer(s).

Times certainly have changed, sometimes for the better but not always for the better. I think one of the reasons that cops get shot as often as they do is because they hesitate when they have more than enough justifiable cause to use deadly force against another; that is due, I think, mostly to lawyers and politicians. Then again, its obvious, too many of them use deadly force when extremely questionable and even when not called for at all, that is due, I think, mostly to fear or unethical beliefs or poor training. It is a tough decision to make, one that often results in the taking of a life and sometimes the wrong life is taken. At other times though, I ponder if the wrong life has been allowed to live on - and this is one of those times that has me wondering just that. I am not making a decision either way, just wondering - for all I know they got the wrong guy.

I know that the police can't think like that when in such an encounter, at least not legally nor ethically. They need to think only along the lines of whether or not the person confronting them poses a treat of serious bodily harm or death to themselves or the other innocents. It can be tough, suppressing your emotions and not being judgmental, after chasing down and catching up to a guy who allegedly has committed heinous crimes like these but the fact is they are neither judge nor jury. It's not an easy job, not at all and either way they do it, they can lose; either by prosecution for an unjustified shooting or by being shot down and killed because they were hesitant to shoot first.