Whoops, I Just Dropped My Cherry... 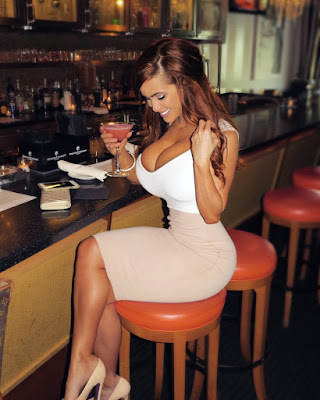 Had I not had a heart attack at that precise moment...

Feminism At Its Best - Really

This is an uplifting video. It is nice to see that a Muslim group  of women can do what feminists here in the United States say they have been doing for years - fighting for women's rights. Feminists here don't have a clue about really fighting for rights. As my friend Charlie F in essence said, you don't see any women from this country flocking to fight against ISIS with the Kurds.

The shame about it all though is that after ISIS is annihilated (and I believe it will have to come to that to stop them), the Kurds will probably turn against us as all too often seems to be the case with Muslim groups with which we have allied ourselves over the years.

A hat tip to Charlie F for the link.

Politicians have seemingly forgotten that the law applies to them in California by reportedly neglecting to post bills on-line at least 72 hours before passage. California, in essence, is a state run by politicians without regard for any law except, seemingly, those that rule against many conservative or libertarian values. Its politicians apparently do not care whether or not they violate the law because just as leftists all over the world consider themselves, those in CA evidently consider themselves to be above the law. Besides that, they seem to think that illegal aliens are above the law as well and are attempting to "...repeal a law making it a crime to use fake documents to conceal citizenship status." More here.

I guess the truly sad thing is that it seems it is not only happening (that leftist mentality taking over whereby politicians think themselves above the law) in California but also in states like NY, MA, CT, IL and elsewhere.

A hat tip o Mike G for the link to the article.