...and believe me it was tempting - if only because I wanted to see the reactions to the failed anti-Kavanaugh fiasco staged by the democrats. I was able to resist the temptation; although, it was tough. Really though, I would have liked to have seen how much some arsehats there were gnashing their teeth, pulling out their own hair and vowing to have him impeached because to them - now he is a rapist. God, the loons on the left have just about totally lost it. One has to wonder if they will grow some balls and try for a violent revolution soon, they sure are crazy enough.

I Did Not Mention A Sex Toy 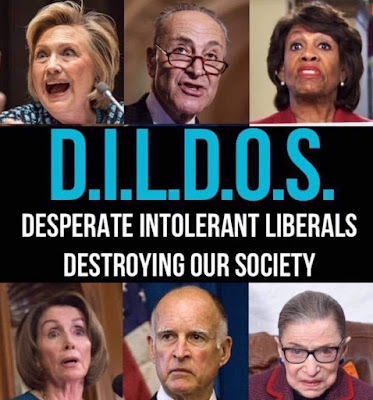 
So that is what happened to that deer I was stalking!

No Matter The Context In Which She Spoke...

...this explains exactly (I hope DD sees my use of the word "exactly" and understand the context in which I placed it just for her) what democrats and other leftist kooks have been doing, with the help of the media, to their political opponents for years. Just look at the Kavanaugh fiasco.