Mr. Islamist Never Hangs Around - When He Hears This Mighty Sound 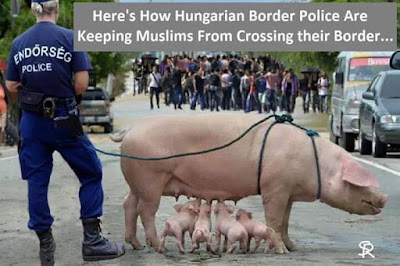 For those of you too young to get the mighty pig thing, click here. If you don't get the point of the image, go vote for Bernie or Hillary. 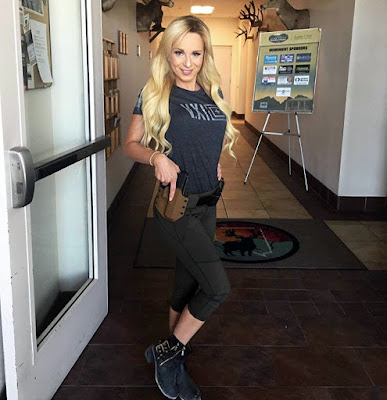 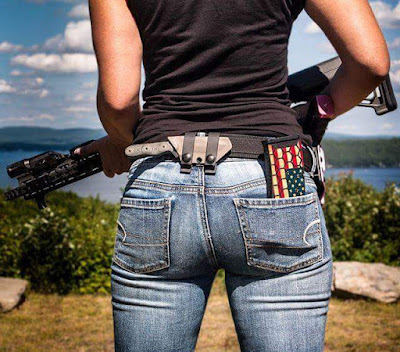 I Took The Plunge And Ordered A 44 Magnum

I'd procrastinated long enough and if I would have put it off much longer there was a good chance we would be going to Alaska next month without a backup revolver for bear defense. So it was time and today was that time and I went to my dealer and I placed an order and he said it should be at the store by the end of the week. That means I should have it on my license by early or mid next week. Now to think about getting some ammo for it. I intend to get at least a couple hundred rounds to a case of 44 magnum and one or two boxes (at most) of solid core ammo for actual use in the field. That way we can get used to firing this beast with the less expensive ammo and also fire just enough rounds of the more expensive solid ore ammo to make sure it is sighted in for it before we leave for the north country. Of course, I'll also need a decent holster for it - nothing fancy - just something good enough to be comfortable and to assure the revolver is there by my side when needed.

With all that, I am certain that pretty soon my bank account be hurting from lack of anything to keep it filled up. Hopefully my boss will be calling me in for a decent amount of work before Brendan and I leave on our trip. That way, I can heal the cash gushing gash that this purchase is about to make in my savings account. Knowing a bit about shooting and breaking in a new handgun, I am figuring my bank account is not the only thing that will soon be in pain - so to will my arms and shoulders. As for them, I guess I'll not only have to shoot it frequently but will have to do some weight training toward strengthening the muscles used to hold a revolver. It won't require much weight but will require lots of repetitions and a good amount of time holding the weight out while in a pistol grip stance. I want to do that because the revolver will weigh in at about 3/4 of a pound more than the heaviest handgun that I already own (unloaded weights). A mere 3/4 of a pound may not seem like much, at least until you are at the range, taking time to slow fire, and have your arms out in front of you as you would when shooting and then get thumped by the recoil again and again and again. Then, I am guessing it may seem like 10 pounds were added to the equation. So a little bit of strengthening up my arms is in order. As far as Brendan goes, he works hard all day making deliveries by truck. His arms are probably fine but I'll try to get in some shooting with him in a freer state, like PA, where he can legally shoot a handgun at a range.

Shit, I forgot to say what it is that I ordered! It's a Ruger Redhawk Model 5029 (strange they do not show that model on their website) 44 Rem Mag revolver with 5.5" barrel and high visibility front sight. I put the cart before the horse and ordered it before conforming with Ruger that the front sight on this one is readily interchangeable with the ramp front sight they have on other Redhawk revolvers. If they get back to me and tell me no, then I am going to change the order to the regular model with 5.5" barrel topped by the ramp front sight. My dealer told me they are interchangeable but I want to make darned sure that they are before paying for it. I also want to find out why the other 5.5" barrel Redhawk models are shown as 11" total length and this one as 10.8" while the weight and all other specs, except front sights, are the same for each model. By the way, the unloaded weight of this monster is 49 ounces - that's 3.6 pounds. I ordered one other thing for it too, three (3) HKS Speedloaders.

Now to start looking for ammo and a holster.