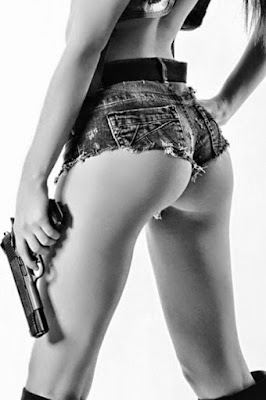 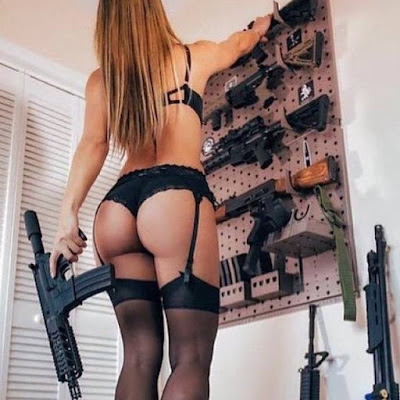 I am scheduled to work a few days this week and will probably spend the other(s) one(s) trying to arrange for an estimate for a new garage door. One of the springs on our old door snapped in two. I figure we're lucky no one was in the garage at the time. Had anyone been in the path of the spring part, attached to a pulley and cable, that went flying toward the door it most assuredly would have resulted in a serious injury.

Since I will be tied up with that other stuff, I expect light blogging; however, gentlemen, Everyman's Evening Eyeful posts have been prescheduled for the whole week already.

UC Berkley Reportedly Cutting 500 Jobs - Who Would Have Thunk It

Apparently, the leftists and liberal whiners at that school, who called for an increase in the minimum wage for school employees, did not think of it nor did their compatriots in the unions that called for the same wage increases. More here.

The conditions at UC Berkley should be taken as a warning of what is to come if the everything for free socialist Bernie Sanders or the redistribution of your money diva Hillary Clinton are elected to the presidency. If either one wins we will in all likelihood be brought to our fiscal knees.

The Western World Is Commiting Suicide By Islamist

A man, who as a child was a so called "poster boy" for integrating Muslin refugees into Sweden and who starred in a 2005 Swedish documentary called  ‘Without Borders — A Film About Sport And Integration’ has reportedly been arrested as a suspect in a bombing, a terrorist act, that killed at least 32 in Brussels. He is reportedly seen on video carrying the explosives (source).

By way of my rights under the first amendment, I must point out that I am of the personal opinion that: When any country in the west invites refugees from any Muslim nation to within its borders, it is in effect potentially inviting its own killers and conquerors onto its soil. That politicians, bureaucrats, leftists and other
whining arsehats have not realized this and taken appropriate steps to insure the safety and lives of their citizens truly is mind boggling. Political correctness be damned, let's start living with a survival mindset instead of a suicidal one.

You Have Got To Select Your Robbery Victims Better...

...than did the alleged robber wearing the white hat. When you walk into a place to rob it, pull a handgun and then announce you are committing a robbery, you had best hope that the guy to whom you are closest is not an off duty police officer with a survivor's mindset. Witnesses inside the store stated that the suspect had announced a robbery (source).

In this instance, the officer did everything right from what I could tell (with that big whited out circle obscuring the view). The greater part of the video shows the suspect walking around outside the business, then finally entering a about 2 minutes and 13 seconds of the video. It takes a little while after that to get to the action because they then cut to what is going on inside before he enters the store.

There was no hesitation on the officer's part to defend himself and everyone else in the store; he had the right mindset. Trying to draw on the guy and say "Police don't move, drop your gun" would only give the bad guy the time to point his weapon and fire. For all I know though, the officer may have even said something as he drew and brought his own weapon to bear on the suspect but as I said - he did not hesitate and fired. The alleged bad guy was still holding his gun, his hands were not raised in surrender or anything like that - shooting him was the right thing to do as far as I can tell. Why detectives supposedly said they are trying to determine if the guy pointed his gun at the officer is confusing - the threat was there and imminent regardless.

A follow-up article on the shooting says the suspect not only drew a pistol (which has reportedly been confirmed as a replica) but also drew a knife and opened it. That only made the threat even worse and considering the fighting stance that the guy took, the officer made the only decision he should have and could have made to assure every potential victim in the store survived unharmed.

You can bet though, that Black Lives Matter, the ACLU or some other group of anti-cop and bigoted arsehats is going to whine and moan that the alleged robber did not have his pistol pointed at anyone and thus he did not pose a threat. Let's get real here for a moment - when a guy walks in, draws a pistol, pulls out and opens a knife, and announces he is robbing the place that makes the threat to life or of serious bodily harm both real and imminent. The fact that he is holding the gun and knife at the moment he announced the robbery would or should give any REASONABLE person probable cause to believe that they imminently are about to be either killed or suffer serious bodily harm. In my opinion, if the facts are as reported in the article, that was a good shoot - plain sand simple.