...all too often boils down to things being politically motivated and trying to appease certain blocks of voters instead of just telling the outright truth. For example, Islamic Terrorism and an Islamic Terrorist are responsible for the shootings in Orlando. (Note there is a period after that sentence, as if saying that's it folks.)

Yet the politically affected blame game, as described in this meme, is well underway before the deceased are even buried: 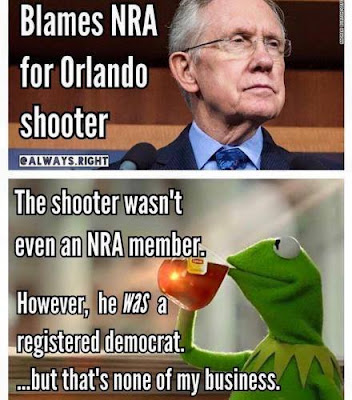 When Politicians Lie To The Citizens...

...of this country in order to push their political agenda, it should be law that they are immediately removed from office. Of course, a law like that will never pass because it is the politicians who would have to legislate it. Imagine though, a world in which politicians were held accountable for the trash that spews out of their mouths and their lies to us. Take for instance the total arsehat who said that an AR-15 (a semi-automatic rifle that is not in reality an assault rifle) can shoot 700 rounds per minute (source). It is absurd to think that, let alone to say so to push a political agenda at a time of grief like now. I guess though, that is what politics has become, a competition to see who can pass the most bullshit onto the public while not letting a tragedy go to waste and then gain that very same grief stricken public's support because they were bullshitted at a time of vulnerability.

Also try to imagine a world in which someone running for office would be removed from office immediately upon showing he lied during his campaign. We might be able to do away with politicians completely if such a law was enacted; I mean which one of them has not been full of crap while making campaign promises they never intended to keep. If only I could find a politician to sponsor such a bill!
All the best,
GB
Posted by Glenn B at 6/16/2016 04:37:00 PM No comments:

Throwing Your Vote Away For Gary Johnson For President

Many voters are very unhappy about the prospect of having either Clinton or Trump in the White House. Many of them plan to vote third party for Gary Johnson. Except for Johnson's pick for his VP running mate (one of the most terrible VP choices I could imagine), it might be nice to have Johnson in the Oval Office. He probably would be much better than Trump or Clinton; however there is a catch. If you vote for him you assure that Clinton will win the election. I am completely ...convinced that is what will happen if you cast your vote for any third party politician. Voting for him will take many more votes away from Trump than from Clinton based on the issues he supports.

How is it that I can be so convinced? Well, I speak from experience; the worst vote I ever made was for a third party candidate and it (and similar votes from many others) resulted in another Clinton being elected. While not so many years ago, it may have been long enough ago that you may need a reminder or to be made aware of it altogether. It certainly has been long enough ago for some to have forgotten and for younger voters to have never heard of that disaster in American elections. 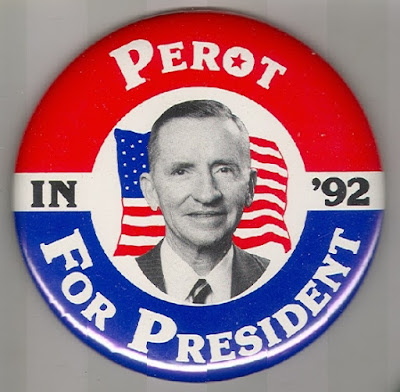 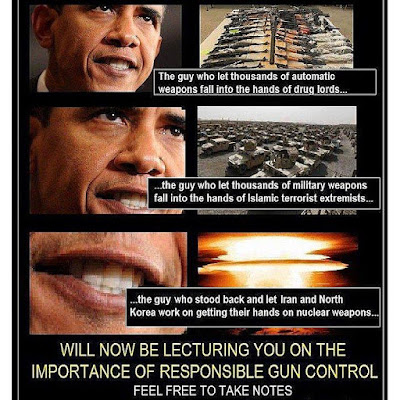