The state of California may soon be hiring inspectors to count the fart of cows. Leave it to Sacramento legislators to come up with and approve regulations regarding the amount of ass gas given off by bovines. They are hoping to reduce methane in the atmosphere. next thing you know they will cut down the redwood forest to cut back on the amount of carbon dioxide produced by trees.

How they will actually enforce these regulations without having fart counting inspectors at each dairy farm or cattle feed lot is cloudy to me.

Well - Kilted To Kick Cancer Has Begun And...

I am not in it this year. I did not receive an invitation to re-join the fund raiser for 2016, I imagine they sent one but did no have my latest email address. Then again someone over there could have thought to contact me through Facebook or through the link on my blog but apparently no one did that. Regardless, it was my bad for not getting them my new email address.

Even though it was somewhat of a pain in the butt and I was somewhat disgruntled with how it was run last year, I mellowed about all that and would have been willing to do it again. I suppose though, it is okay I am not doing so because to tell you the truth, besides being a labor of love so to speak, it was a pretty big expense considering I had to buy a couple of kilts (and even the moderately less expensive ones are not inexpensive) and accessories, print flyers, make appearances kilted and such. It also was a bummer because I did not raise anywhere nearly as much in donations as I had expected.

So this year, I will pick one of the fund raisers and donate through his or her effort. It sure won't be as much from me as in past years but will be as much or a little more than I can afford right now. I just checked on how much I may get for my 11 year old Toyota Corolla and it seems I would be lucky to be paid $2,500 by the other guy's insurance company for my car having been totaled by him. So, I suppose I will need about another 15 grand to buy a new car. Along those lines, it seems I'll be making a small down payment and will be making payments on a new car for at least a few years.

Oh well, I will donate as much as I can to KTKC and I hope you do too; as I have said before, it is a worthy cause.

History has proven this right, time and time again: 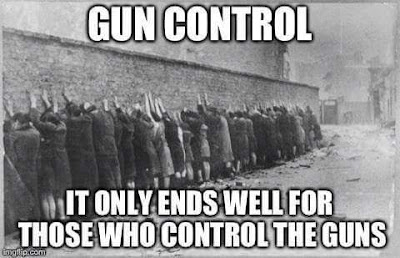 So, Reuters is reporting that Hillary Clinton will not have a meeting with Mexican President Enrique Pena Nieto and they are making it appear as if she said she will not do so because Donald Trump created problems there. (Souce of both of the following quotes.)

"U.S. Democratic presidential candidate Hillary Clinton said on Monday she will not accept an invitation from Mexican President Enrique Pena Nieto for a visit after rival Donald Trump created what she called a "diplomatic incident" in his foray there."

Doesn't that sound to you like she said she will not meet with him because Trump created a diplomatic incident there. It sure sounds like that to me and many readers would probably get that far and stop reading, at least the biased for Clinton and against Trump voter types that so strongly seem to support a leftist platform and let's be honest, also the die hard Trump voters who cannot accept any criticism of him. Yet, if you would just read on, to the very next paragraph, you would see that apparently that is not what Clinton said in response to a question as to whether or not she would meet with the president of Mexico. What she said was much briefer and seemingly made no reference to Trumps visit there, at least if quoted correctly.

"In a written excerpt from an interview with ABC News that will air Tuesday morning, Clinton simply said "no" when asked if she would travel to Mexico before the election on Nov. 8, without elaborating further."

The first paragraph certainly seems like an embellishment or certainly at least an exaggeration of what she reportedly really said, at least it seems that way to me especially in light of the fact that it was reported she did not elaborate further.

Now pardon me for being so bold as to say this but wouldn't one think that the candidate who keeps boasting about her record as Secretary of State (the chief diplomat in the USA) would most assuredly accept an invitation from our country's neighbor to the south to visit with that country's president as a sign of good diplomacy if for no other reason! Instead, she just gives a one word answer "no" that she will not accept such an invitation and snubs him just like that.

I also imagine that one would think that the candidate that Clinton brands as racist, Donald Trump, would never accept such an invitation. Yet, he did so and has already met with the Mexican president. Regardless of their differing opinions on border security and illegal immigration and whether or not they clashed over such issues, at least Trump had the respect for president Pena Nieto to meet with him and discuss the issue face to face. And to think, now Clinton is trying to assert that Trump's visit was a dismal failure because she says he did not breach certain issues - who is kidding whom here! She is a weasel at best and likely will be the ruin of America if elected.

My daughter is a mama and my son-in-law a papa with the arrival today of their son Ryan John. That makes my wife an oma  (grandmother), my son an uncle, my wife's brothers grand-uncles, my sister grand-aunt,  and my mother-in-law an omi (great-grandmother ). As for me, I guess it makes me gramps or in other words an old fart but a very happy one at that. 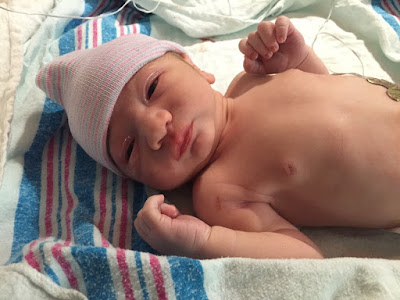