Damn, I bid around $1,500 bucks on a gun auction today for which I (and my son) had the high bids. The youngster's bids amounted to around $180 for magazines and a bayonet. Mine were for a rifle and two pistols and accounted for the remainder. Add to that a 13% buyer's premium, on everything, and shipping plus at least two FFL fees (one may be a C&R gun, I need to check) and my bank account will be hurting. Oh well, time to sell something else and keep the ones I want to keep.

I must say, the guns I bid on seemed highly desirable to me - at least before I bid all that money away. Even after bidding, at least two of them still seem like they are potential keepers - at least for awhile of enjoyment.

They are a Hi-Standard Supermatic Tournament Model 103 pistol in 22 LR: 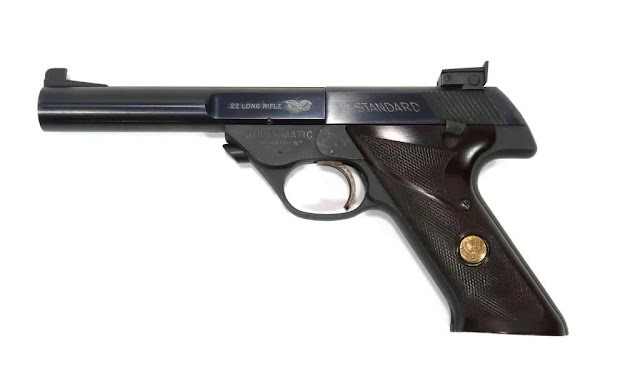 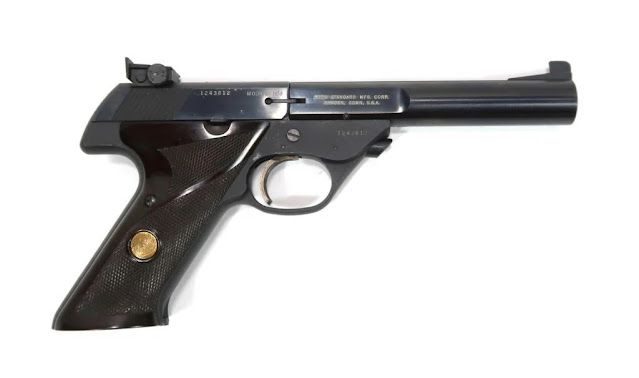 It looks nice and I hope that is so because I did not ask them to check the condition on this one before bidding on it. 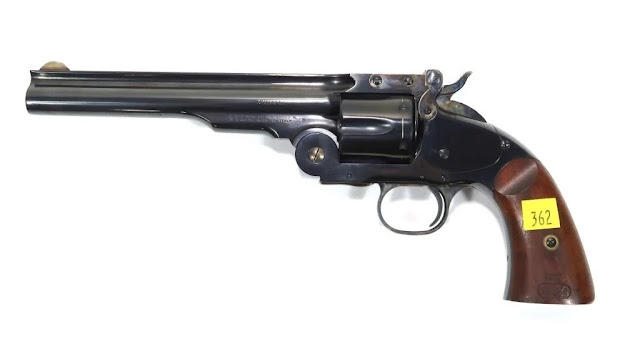 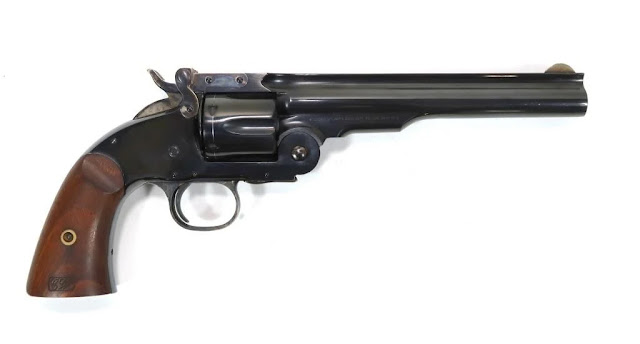 They look nice, I think and I think they are quite desirable.

I hope they are as nice a they look and as much fun as I think they will be. That Schofield looks gigantic and like it will be one heck of a fun gun if I can find ammo for it at a not prohibitive price (of course I'll buy some ammo for it anyway).