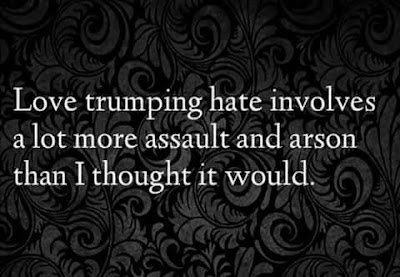 Just In Case You Think Ground Hogs Are Pests...

...that need to be shot on sight, go here and blast away (yes they are prairies dogs but essentially the same thing more or less):

Sarah Silverman Calls For The Overthrow Of Fascists

Sarah Silverman seemingly is on the razor's edge if not already fallen over to the dark side on which side she may face prosecution for her reported call for the military to join in against President Trump and to seemingly overthrow him by way of a military coup. According to a report in the Washington Times, Silverman tweeted the following on her Twitter account (source):

"WAKE UP & JOIN THE RESISTANCE. ONCE THE MILITARY IS W US FASCISTS GET OVERTHROWN. MAD KING & HIS HANDLERS GO BYE BYE"

I think one can only understand from those words that she has called for the overthrow the lawful government of these United States, that she has solicited people to join that heinous cause and that she calls for such to be done with violence by use of the military. This may or may not be considered a treasonous act but I think she could be prosecuted under the conspiracy and solicitation statutes of the U.S. Code, Title 18. See below and take your pick Mr. Acting Attorney General Dana J. Boente :

18 U.S. Code § 373 - Solicitation to commit a crime of violence
a)   Whoever, with intent that another person engage in conduct constituting a felony that has as an element the use, attempted use, or threatened use of physical force against property or against the person of another in violation of the laws of the United States, and under circumstances strongly corroborative of that intent, solicits, commands, induces, or otherwise endeavors to persuade such other person to engage in such conduct, shall be imprisoned not more than one-half the maximum term of imprisonment or (notwithstanding section 3571) fined not more than one-half of the maximum fine prescribed for the punishment of the crime solicited, or both; or if the crime solicited is punishable by life imprisonment or death, shall be imprisoned for not more than twenty years.


(b)   It is an affirmative defense to a prosecution under this section that, under circumstances manifesting a voluntary and complete renunciation of his criminal intent, the defendant prevented the commission of the crime solicited. A renunciation is not “voluntary and complete” if it is motivated in whole or in part by a decision to postpone the commission of the crime until another time or to substitute another victim or another but similar objective. If the defendant raises the affirmative defense at trial, the defendant has the burden of proving the defense by a preponderance of the evidence.
(c)   It is not a defense to a prosecution under this section that the person solicited could not be convicted of the crime because he lacked the state of mind required for its commission, because he was incompetent or irresponsible, or because he is immune from prosecution or is not subject to prosecution.
18 U.S. Code § 372 - Conspiracy to impede or injure officer
If two or more persons in any State, Territory, Possession, or District conspire to prevent, by force, intimidation, or threat, any person from accepting or holding any office, trust, or place of confidence under the United States, or from discharging any duties thereof, or to induce by like means any officer of the United States to leave the place, where his duties as an officer are required to be performed, or to injure him in his person or property on account of his lawful discharge of the duties of his office, or while engaged in the lawful discharge thereof, or to injure his property so as to molest, interrupt, hinder, or impede him in the discharge of his official duties, each of such persons shall be fined under this title or imprisoned not more than six years, or both.
***
To me it looks like an open and shut case with her winding up in jail and or fined. I think it about time that President Trump and his administration take these evident threats seriously and act on them by arresting and prosecuting the violators before one of them actually incites a civil war. The violence at UC Berkeley last night was living proof that we are on the verge of one, let alone already embroiled within one, more here on that.
Now let me ask, who in hell is Sarah Silverman?
All the best,
Glenn B

Happy best holiday of them all - it's Ground Hog Day! No shopping, no gifts, no returns, no cleaning house or other preparations, no cooking a big meal, no relatives coming over to drink my booze, nothing to do but enjoy the day and see if that furry little critter saw its own shadow or not.
﻿﻿﻿
﻿ By the way, don't put away those snow shovels - Punxsutawney Phil has seen his shadow and thus predicted 6 more weeks of winter (source).

On a personal note I have to say gosh darn it, I forgot to head out to Punxsutawney, Pennsylvania once again. Well, that was until yesterday when I thought a trip there might be nice to see all the hoopla over Phil but by the time I thought of it, in the mid-afternoon, it was way too late to be practical since it would be about a 6 hour drive. It is something on my bucket list and hopefully, sooner or later I will remember make that trip. As a matter of fact, I am annotating my calendar to remind me next year. With a little luck I will have the same phone and email address so one of them will send me a reminder on January 30 or 31 of 2018 and I will get mine arse in gear and head out to Punxsutawney, PA for the big event.

Real Men - The Antithesis Of A Snowflake 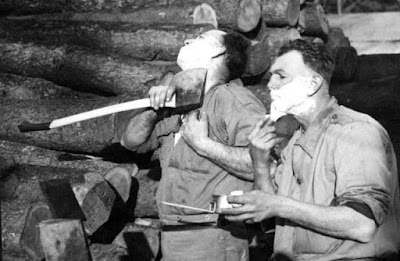