Another Quick Look At Some Family History

As I wrote, in an earlier post, I recently fund documentation about my grandfather Robert Oppel who was awarded a medal of valor for saving a child's life by diving into the east river to save the drowning boy. That was back in the early 1940's when Fiorello La Guardia was mayor of NYC. Tonight, I found one more piece of ephemera related to that event - a newspaper clipping showing a picture of the awards ceremony. Grandpa Oppel is the last guy in the line, the one in the suit and tie. 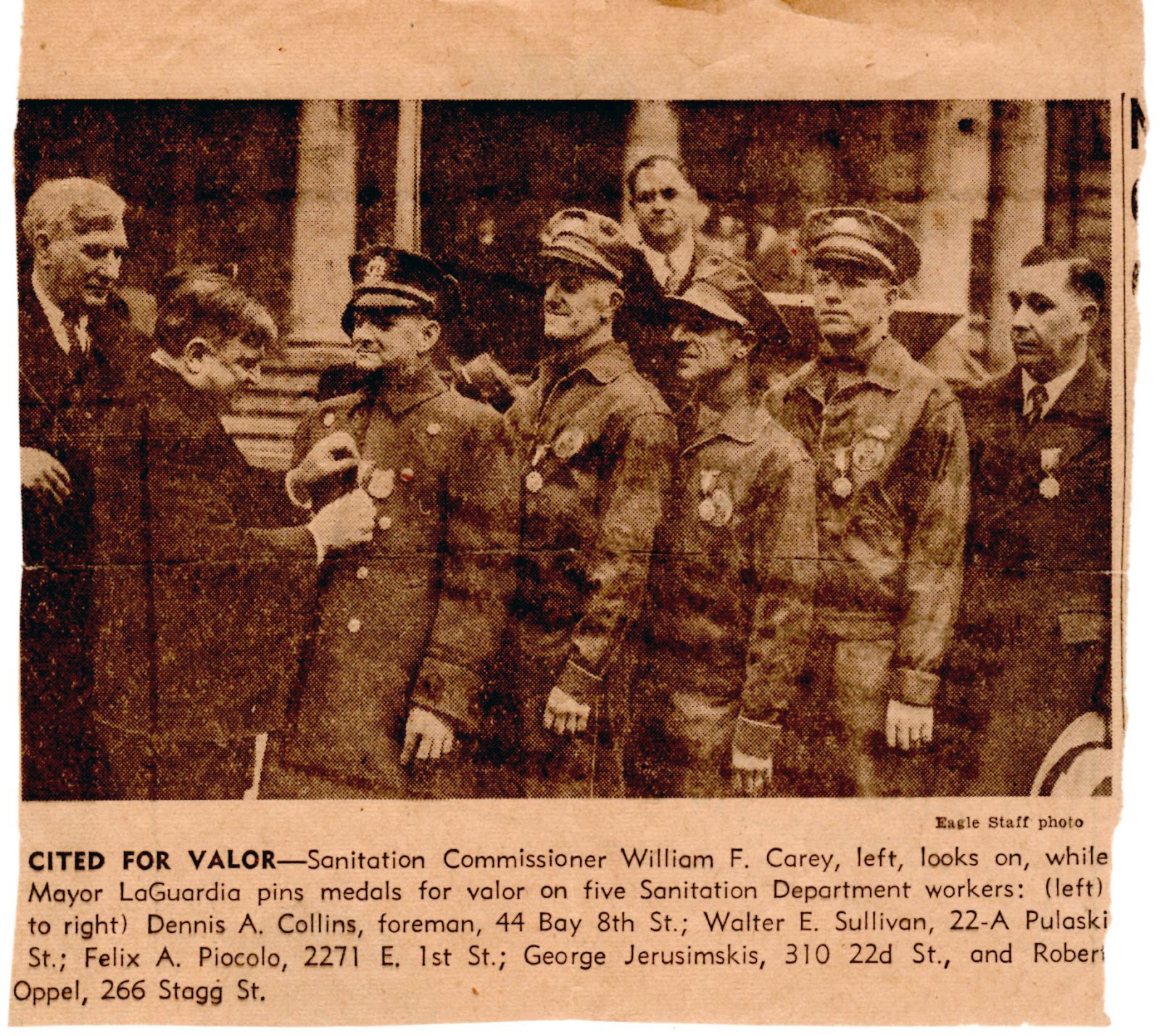 Now I don't know what paper that was in but I figured I'd show you both sides of the coin - or of the story - so to speak and also scanned in what was on the other side of the clipping. Remember, we were at war at the time and also remember that for the most part - we were a nation united. What a difference from todays USA wherein diversity, instead of unity, is the battle cry of about half of our citizens. 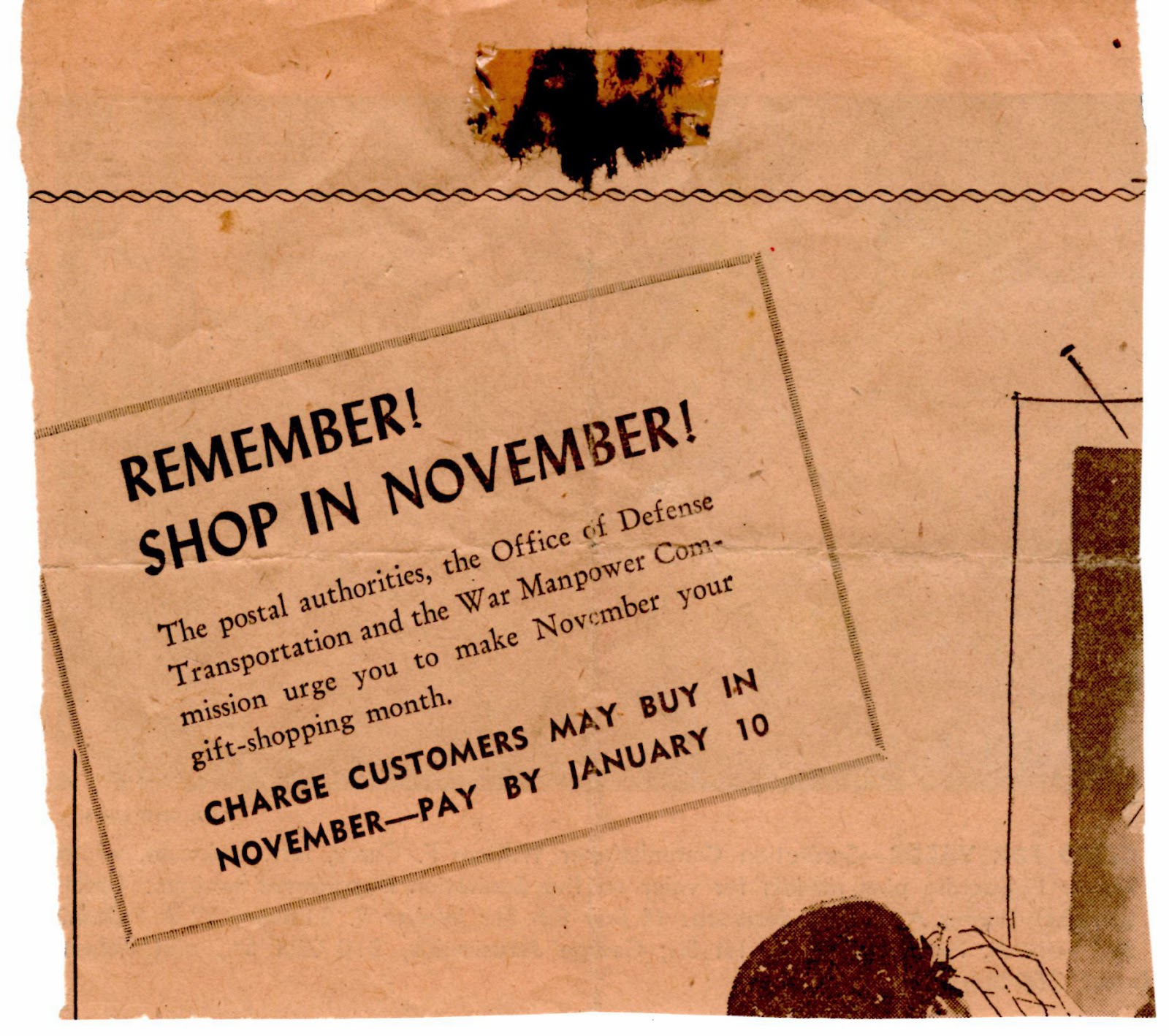 Just imagine how the leftist would whine and moan and groan if ads like that appeared in our newspapers (or online) trying us to support our country's economy during wartime and just prior to both Jewish and Christian holy/holidays.

Ammo - Here, There But Not Everywhere

I was up in Dickson City, PA yesterday to change my storage locker to a more secure one than the one I already had rented. While there, I decided to turn my trip home into an ammo run. My first stop was Gander Mountain in Dickson City, PA. They had a darned good supply of ammo and while I did not look to see each and every caliber they had in stock I do remember these: .17HMR, .22LR, .22WMR, .22WRF, .22-.250, .223, .56x45mm, 270 Win, 30 Carbine, .30-06, 30-30, 7.62x51mm, .338 Win Mag, 6.5mm Creedmor,  7.62x39mm, 7mm Rem Mag, .380 auto, 9mm Luger, .40S&W, .45Auto., 12 and 20 gauge shotgun ammo, and plenty of others. They advertised Federal 22 long rifle in both a 325 round and 525 round value pack. I tried to get one of each since the store flier stated that customers were limited to one of each but the salesman told me, and rather rudely at that, I could only get one or the other – not both – and he would be happy to call over the manager (whom by the smugness of the salesman's reply I imagine was his daddy). I took the 525 round box and told him where he could shove it. They did not have any .35 Remington that I could find. I have to say though, as I usually find at Gander Mtn, that despite having a lot of ammo, their prices sucked for most of it. They did have a decent price on the 22LR though, I think it was 25 bucks and that is decent considering current pricing. It is not worth making a drive there from Long Island for one box but if you are in the area then it is worth stopping there to pick it up.


After that I headed to both Dick’s Sporting Goods and Walmart in Dickson City. Neither had 22LR, .22WMR or .35 Remington and I was looking for all three. Dick’s had a lot of other ammo though, comparable to Gander  Mountain. Not being born yesterday, and figuring that the salesman over at Gander Mountain was probably born not too long before yesterday, I went back to see if I could get another 525 rounds of Federal 22LR. As it turned out, there was another salesman along with the first guy but after a few minutes the first guy took a break. So, I was in like Flint and that made it two boxes of 22LR for me – or another 1,050 rounds in total.


Then I headed toward home with a stopover in Milford, PA and another in Middletown, NY. The Walmart in Milford, PA had a somewhat fair supply of ammo but none of 22LR, 22WMR or 35 Rem. They had the typical Walmart assortment of .223, .308, 45, 9mm, 12 gauge and so forth.
Gander Mountain in Middletown was a disappointment as usual because they had no rimfire except for snake-shot. I asked a gal who worked there if they had either the 325 or 525 round value packs they were advertising of the Federal 22LR ammo and she had to ask the gun behind the gun counter as she seemed totally clueless. He told her that they had absolutely no rimfire ammunition and was apparently also totally clueless. You see, he was wrong because I had already seen their stock of .17HMR (three brands), and their stocks of both 22LR and 22WMR snake-shot that was on some shelves behind the counter. They had no round-nose or HP 22 ammo though, at least none in evidence. It was a shame that the dingbat behind the counter did not know they had any rimfire in stock but I guess that may be the fault of management who left one guy to work alone behind what looks to be about 1/8th of a mile of gun counters.

I had been thinking of stopping in a Walmart and a Dick’s Sporting Goods both further south, just off Route 17, but decided that the closer I got to NYC the less likely a chance I would have to find any 22WMR, 22LR or 35 Remington in stock. I then did something I have not done in years and headed the long way home going east on I84, over the bridge in Newburgh, and to the Taconic Parkway. Driving the Taconic at night was an adventure in and of itself. I was thinking though that I had better get used to it because I will be hunting, this year, on state land which it runs through and thus it will be the road I use to get there.

This Must Be One Scared Air Marshal...

...and who could blame him after being attacked and his assailant injecting him with an unknown substance while he was in the airport in Lagos, Nigeria. Hopefully there was nothing lethal or infectious in that syringe but something tells me that within weeks we maybe are going to find out otherwise. I hope not and wish him the best possible outcome.