Chris Mintz reportedly attempted to prevent the Oregon school shooter piece of shit from entering a room to shoot more victims. For his efforts, Mintz was reportedly shot seven (7) times. He survived and is to undergo extensive surgery and medical treatments to save him. More info can be found here.

A relative of his has started a Go Fund Me page in the hopes of raising $10.000. Amazingly, it appears they are well on the way to raising at least 3/4 of a million as they are well over 600K right now. I just donated a humble amount and if you would like to do the same, or donate more, you can do so through this link: 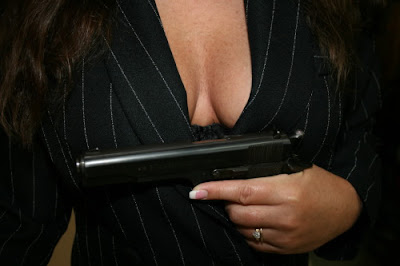 Windows 10, with HP's help, apparently screwed up my laptop more than I thought. It became impossible to sign on using my fingerprint reader after installation, and subsequent removal of MS Windows 10 even tough I reverted to Windows 7 Ultimate which was my previous OS. After trying every bit of advice I could find on HP's website, about how to get the fingerprint reader to work, with no success, I decided to try a complete system recovery. That failed twice. I decided to try again today. The third time was a charm and it finally seems to have worked out right today. Time will tell though since I have not yet finished downloading and installing all of the darned 182 MS updates that the system now requires since the recovery brought the laptop back to its original state from 2012 when I purchased it.

So far though, almost everything seems to be working properly. I have one problem logging onto Blogger because it shows that an error took place each time I have logged onto it.  I merely close the error window and it works fine, so I have no clue what was the error. Anyway, not only do I need to finish the Windows updates, I also have to update all of the hardware drivers and all of the HP software. I figure it will take several more hours to get it all done, I have already been at it about 4 hours now.

While the problems all started with the installation of Windows 10, it has become evident that at least part of the problem was caused by HP. For some reason unfathomable to me, they decided to only update software and drivers for computers purchased in 2013 or later to make them completely compatible with Windows 10. That means my laptop, which was purchased in 2012, was apparently considered obsolete to the folks at HP and in that regard they decided to simply fuck over any customers who purchased high end (which is mine) or other computers from them prior to 2013. As far as I am concerned they are a bunch of motherless arsehats and I will be buying a Dell next time around unless they make some major amends for their crappy customer service. Regardless, I am pretty sure a lot of the problem must be due to Windows 10. I keep hearing about all sorts of compatibility issues that others have had and have seen all sorts of fixes posted about online. It seems almost as if Windows 10 is a beta version, a poor one at that, of a new OS as opposed to the new Cadillac of operating systems. If MS and HP ever get the bugs ironed out, I may try it again but probably no time soon.

Sadly, when I reverted to my original system configuration, Internet Explorer went back to version 9. I had version 10 installed and liked it and when I tried to upgrade to it all I was offered was version 11. I upgraded to that forgetting that it sucked because it does not allow the option to open sites in new windows as opposed to opening everything (as it does) in tabs. I do not like tabbed browsing but will have to get used to it now. Oh well, live and learn.