The Beretta 92FS Compact L M is a rather unique pistol among Beretta's 92 series guns. At first glance it looks much like all, or at least most, of the other pistols in that lineup. Of course, it is a compact model so, it is smaller than the full size models but there is something much more different about it that makes it (in both black and stainless steel versions) stand out from the crowd. 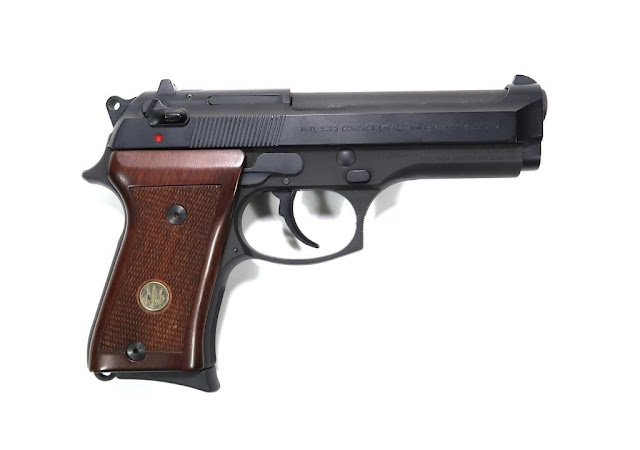 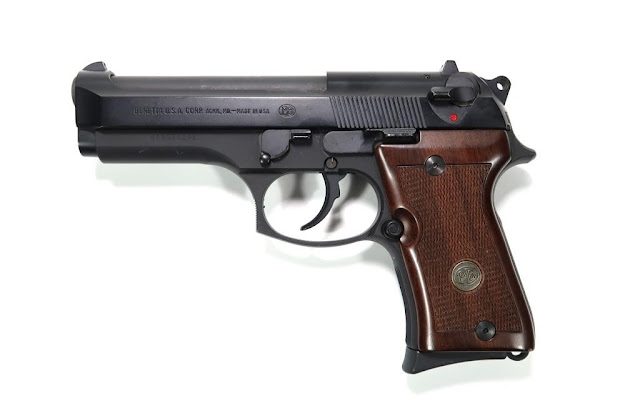 Not one to dance around the maypole on such a subject let me get right to it and reveal it is a single stack magazine version of the normal double stack magazine pistols in that series. Until I bought one in February 2021 at an auction last year (as of this writing), I did not even know they existed. In fact, when I first received it, I was at first very surprised it was a single stack and then became rather upset that the auctioneer made no mention of that fact in the description. I became even more upset, I suppose irate, when I realized what it would cost to purchase an additional magazine for it since it only came with one (they are expensive) The only OEM (original equipment manufacturer) magazine I could find was going for $75.00 on Ebay and yes I bought it. In fact I just purchased another tonight, used, from Ebay @ $95.00, plus shipping and or tax it came to about $102.00. They are not easy to find and expensive once tracked down. As someone on one of those reality picker or pawn shop shows once said: "The time to buy it is when you see it". I would change that to "...when you first see it"! If you take your eyes off the treasured item even for a moment, someone else may snatch it up and you may never see it again. I missed several purchase opportunities in the past before I ever heard that saying but it really makes sense so nowadays I try to go by it (or go buy it) whenever I can for something I really need or want but is hard to come by. I miss/lose nowhere nearly as many purchase opportunities since I have heard that adage & follow it.
Other than the costs of extra magazines though, I am quite pleased with the Beretta 92FS L M Compact. Note, it only is stamped 92FS L on the slide but the box says 92FS L M and the serial number on the box is the same as on the gun. I know there is also a 92FS L that comes with a double stack magazine; so, I am surmising that the M designation on my pistol's box indicates the pistol is a single stack version. I digress...
As I was saying, I am quite pleased with this Beretta. It looks like new, shoots seemingly better than I aim (only shot it at paper at 3 yards but the single & rather small hole impressed me). It functioned flawlessly too as did both mags I have for it right now. Its size is much more concealable than the longer & thicker 92FS full size pistol. It fits in the hand better because the grip and pistol grip area of the frame are thinner than on the full size. While the mag is only single stack, it holds 8 rounds plus one in the chamber makes 9 altogether - not great but not too bad at all. Everything else was fairly the same as on the full size 92FS and all of the controls were the same. So, not only do I like the controls, I am quite familiar with them in that I already concurrently owned three other 92 series pistols when I bought this one. I love it.
Once I have the newly purchased extra OEM mag from the Ebay seller, I will stop buying OEM mags and maybe buy some aftermarket ones. I saw them on Ebay for about $60 each. I like to have lots of spare magazines for my possible carry pistols. I also like to shoot them enough to be quite competent with them. This one will be no exception to the others in that regard as I believe I will shoot it as well further out and at least quite proficiently at 25 yards. Did I already say: I love it!
All the best,
Glenn B
Posted by Glenn B at 1/17/2022 10:30:00 PM 1 comment: