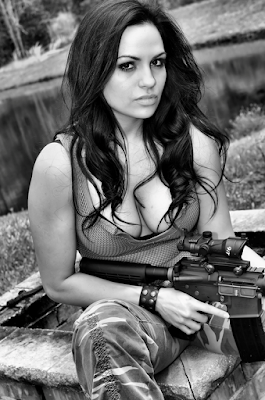 ...tomorrow is leap day meaning this year is a leap year. Not that I give a darn; I'm just saying...for no reason at all.

We Are Home From New Hampshire...

...and made I back here in an amazing 3.5 to 3.75 hours, including about a 15 minute stop for gas and use of the facilities. The trip, either way usually takes us around 5 to 5.5 hours - so we were blessed today. It probably would have taken us longer if we had gone to the range and shot for an hour or two as we had planned, leaving later almost certainly would have meant more traffic. That is another story and all I'll say now is we went to an indoor range to shoot, were told we had to fill out paperwork that would take 15minutes to complete and then go to the back of the line. We were third on line, had about 30 people behind us, for a 15 lane range, and said screw it and left. Maybe more on this in another post, that is if I want to aggravate myself by thinking about it again. For now let me suffice it to say, we probably will never visit said range again and will shoot at the Manchester Firing Line when next we go to an indoor range in the Nashua/Manchester area.

Anyway, we had a great get together, Saturday night, with some folks we met at past bloggershoots up that way. We hope to see them again this summer for a bloggershoot (this weekend's meet was just for dinner). We ate at a Texas Roadhouse and the food was excellent, best restaurant bought rib eye steak I have had in years, great service too.

On Saturday morning Brendan and I had started the day by driving up to West Lebanon, NH for a gun show at the Fireside Inn. Not a bad little show, they had some interesting guns for sale that I am not likely to ever again see on sale in NY as longs as the leftists rule here. Not too many knives and very little Nazi crap for sale. As a matter of fact, I don't even think I saw anyone selling jerky and that was a good thing as far as I am concerned. More guns percentagewise than most shows I have been to in recent years. There was a decent amount of reloading supplies on sale and a fair amount of ammo. Most of the ammo was way, way, way, way
overpriced but not all of it.

Getting there Friday night was not bad, I am guessing it took us about 5 hours and 15 minutes despite a good deal of traffic now and again. That was to be expected on a Friday afternoon and evening I suppose.

All in all we had a good time but I sure would have loved to have gotten in some shooting with my son. As he said, we saved some ammo, and as I see it - I saved the range fees to be used at another range where they appreciate their customers better.

Sorry, this one was posted about 12 hours late. 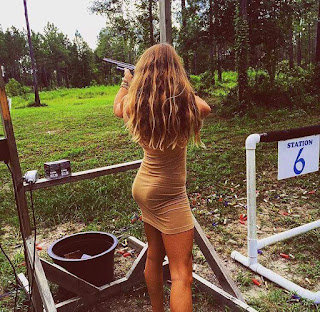