Back In The Day - There Were No Polymers In Guns...

and no silicone in...

There I Was Reading The Washington Times About Routh's Conviction...

...in the killings of Chad Littlefield and Chris Kyle (amen to that conviction) when I came across a link to "Bang for your buck: Best handguns under $500". I normally hate these links and the pages that pop up when you click on them, you know like the ones that promise to show sexy pics of the stars or the world's smartest dogs or whatever but this one was a link to something about guns and was on the site of a major newspaper in Washington, DC. As the Borg would have said, "resitence is futile" so I clicked away.

Amazingly enough, the page that came up when I clicked came up quickly without the delays caused by a ton of pop-up advertisements loading and there was not an overabundance of advertising period. In fact, it came up pretty quickly and I scrolled down a bit to look at the pic of the first gun, a Ruger P series pistol. There was a brief description of it. Under that there were loads of links to other "best of" type pages but I stuck with this one and clicked next. In all, there were 12 pages to go through that highlighted pistols from Bersa, Caracal, Kahr, Magnum Research Inc., Ruger, Springfield Armory and Smith & Wesson. Yes, there were only seven manufacturers represented in those 12 pages, Ruger and Bersa had multiple entries.

While it was not very informative to me, I would imagine it might get a newbie pointed in the right direction to look for a less expensive semi-automatic pistol. Yes, that means only semi-autos were covered, for some reason they did not consider something like a S&W 442 revolver to be eligible for inclusion.

I might have to take a look at some of the other gun related pages they had available, such as:

Best Handguns Ever Made

You can bet I at least looked at one of the other two already. They sure had some nice guns picked out!

They Keep Saying A Clown Nose For Your Pistol...

...is, in essence, something that will give a suspect one last chance to live . How? Basically by giving him a moment to pause and rethink if he should continue or cease his attack on an officer who just utilized a device that delivers a metal ball instead of a bullet into the criminal's body. The ball is supposed to have a shocking effect that stuns the attacker with less chance of lethality. I notice though, not once did anyone, pushing for the clown nose like device, hypothesize that by giving the suspect one more chance to live, you also are giving him one more chance to kill a law enforcement officer or other innocents! The less lethal force of the ball, instead of a bullet, could give the criminal all the time he needs to kill the cop or a bystander.

I am all for putting an end to overuse of force by the police, I find it abhorrent. Yet, I also believe, LEOs need to be able to protect themselves with deadly force as them deem, within legal restrictions, to be necessary. While the guy pushing this device is saying the police will have an option as to when to use it, my bet is that political correctness would demand that officers use it each and every time they draw a handgun in self defense if it is issued in any given department o agency. In my opinion, this thing is ridiculous, to me it is just the same as using a rubber bullet or bean bag loaded as the first shot in the gun. In other words, I can see it as nothing more than dangerously ineffective. I also imagine that any head shot with it would hold a high probability of being deadly and it would be just another way for LE departments to increase the risk of death to citizens because the officers would be trained that it is less than, or less, lethal force. The agencies would then attempt to justify their officers having killed suspects with this device the same way they try to do with TAZER use. They will claim it was less lethal force and thus the risk was minimized - just as they say now with the rampant use of TAZERs under what often appear to be totally inappropriate circumstances.

I see no need for this thing, I think it's all hype and a way for a retired LEO to make money off of the system.

A hat tip and my thanks to Peter Q for sending me the video and for coining the alternate name of "clown nose" for the device. 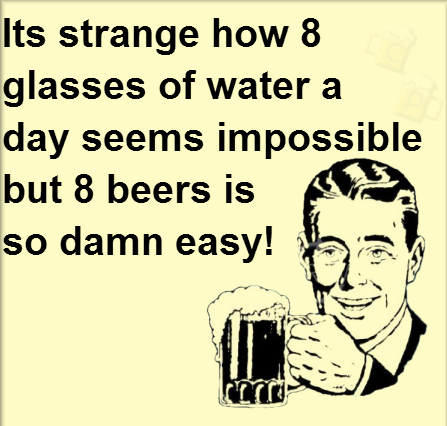 That hits it on the head!
All the best,
Glenn  B﻿