Brass & Plastic Shotgun Shells Or Not

I was moving some stuff around my basement today and found a bunch of shotgun shells loose in a box of other stuff. I reached in to grab them and, when I pulled them out, a magnet that had also been in the box came out attached to them. That had me befuddled because I always thought the metal part of shotgun shells either to be brass (the gold looking metal) or in the case of the silvery looking ones to be nickel or aluminum. I guess I was wrong on the brass or aluminum since the only metal among the three just mentioned, that is attracted to a magnet, is nickel. Of course, maybe some are made of brass or aluminum but there is some other thing inside the shell that is attracted to a magnet but I don't recall ever seeing anything like that in a spent shell.

Here is a short video showing that the metal in at least four major brands of shotgun ammo is magnetic and thus not brass or aluminum. Pardon the lousy quality of the video but it is more than good enough to illustrate what I am talking about.

A woman running for a seat in Congress allegedly made comments that in essence say that the moon is tactically valuable to earth because if rocks are dropped from there they will impact earth with the energy of hundreds of nuclear bombs. More here: http://www.dailywire.com/news/13949/democrat-running-congress-thinks-you-can-destroy-hank-berrien


My thoughts on this are simply that it is amazing how folks who are seemingly imbeciles or maybe even idiots can be run for positions of authority in our government. You probably safely can bet there are people of equal lesser intelligence already therein (like the Congressman who said Guam could possibly tip over and capsize if over populated).
Just in case you were wondering, though I figure you have already guessed it, she is running as a Democrat.
All the best,
Glenn B
Posted by Glenn B at 3/03/2017 10:59:00 AM 6 comments:

Maybe She Needs Glasses - Maybe Not 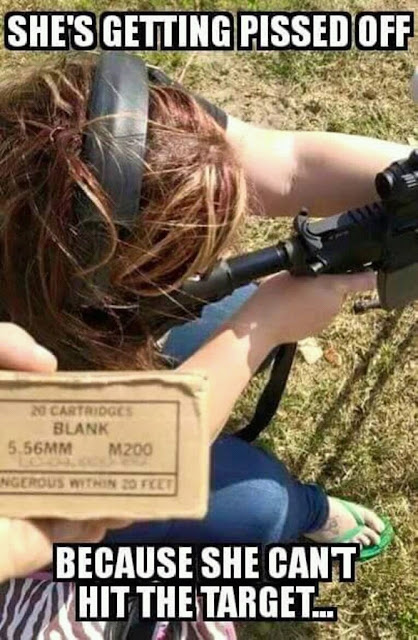