I Love My Wife 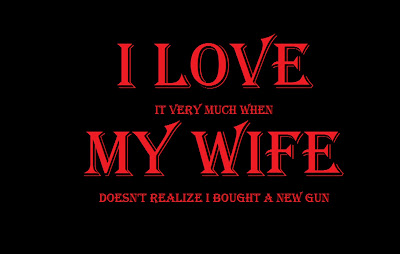 I Will Be On The Right Side - What About You?

Just read a very interesting and what quite possibly will amount to a prediction if Clinton is elected. It is in essence a warning to the left but I think it is also a good reminder to those who are not on that side as to what we may have to do to regain our Constitutional Republic if things come to the worst. Here are a few snippets flowed by a link to the whole article:

"Liberals imagine that their president can simply take whatever actions he pleases – including ones he previously admitted were unconstitutional – and that the next Republican president won’t do the same. Except then it will be to negate their cherished policies."

"Liberals need to understand the reality that rarely penetrates their bubble. Non-liberal Americans (it’s more than just conservatives who are under the liberal establishment’s heel) are the majority of this country. They hold power in many states and regions in unprecedented majorities. And these attacks focus on what they hold dearest – their religion, their families and their freedom."

"And let’s be blunt – these are the people with most of the guns and the training to use them. That’s the reality of the rule of force. I’ve seen it – it’s there behind me in that photo."

I have to say it is one heck of a thought provoking piece, read it all at the source of those quotes at this link:

I awakened from sleep minutes ago and went through the channels on my TV to see if there was anything I could watch to bore myself to sleep. After a couple or few minutes, I realized there was something very different about me - no ringing, as in my ears.

I have had tinnitus in my left ear since about 1981 when I fired a shot at a skunk I saw out in broad daylight acting strangely. There was a rabies epidemic in the area, so I leaned on the hood of my Border Patrol Ram Charger, drew my issued Colt Border Patrol 357 and blasted it. For 4 or 5 days I was virtually deaf in my left ear, the one that had been closest to the windshield and my right ear rang for that time. By day 5 the ringing in my right ear had stopped and I could hear in my left ear again but there was a ringing in that ear that persisted all these years until a few minutes ago. That ringing got worse, much louder, after chemo treatments 5 years ago and new ringing, started in my roght ear though not as loud as in the left.

I don't know how or why and hope it will be permanant yet doubt it but the ringing has stopped - as in completely. How nice it would be not to be incessently pestered by that annoying ringing that rarely turns into the sound of water rushing out of a faucet then back to ringing a short time later. Keeping my fingers crossed for now.