...those pink targets. Thought some of you might enjoy them too. 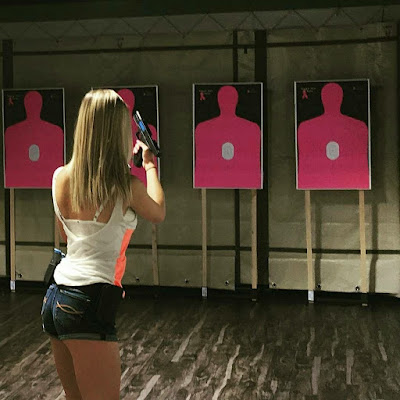 I have never been good at dates, chronologies, time frames and such. If you ask me about things that happened in my life, there are very few for which I can give a date of occurrence or even name the year in which they happened. I may remember something took place 'when I was a teenager, or before I turned 9, of when I was in my twenties or when I was a middle aged adult but that is often the best I can do. Of course, some dates were easy to remember such as my mother's birthday (it was on Christmas and thus hard to forget) but I will be damned if I can recall the date of her passing although I do recall it was in September a few years back. Heck, to this day I can recall what was my brother's birthday nor which is my sister's. I even have difficulty remembering the month each as born although I know each was born in the summertime.

So that all made it kind of odd that just a moment or so ago, I wondered when it was that I had heard the best word in the world used to describe the follow-up PET scan results subsequent to my radiation and chemo treatments for stage 4 throat cancer. I knew I heard that word, read it too because I almost could not believe what I was hearing, that it was five years ago when I heard it. I knew it was in March to. I guess that since the word was so important to me, the best word in the world, at least the month and year I heard it was never forgotten. For the life of me though, I could not remember the exact date and that is why, just moments ago, it was kind of odd that I thought about when was the date. I just checked, the date is today. It has been 5 years since I heard the word in regard to my cancer.

There is something else I remember, it was what the doctor had said to me, the chemo doc - the straightest shooter of all the docs and medical personnel who treated me. He had told me, early on, that my battle and me sticking with the treatments, for all of them, would be the hardest thing I would have ever done in my life. He was right about that. From September 2011 through November 2011 and the few months following until March 7, 2012, I never thought that I would be here today but here I am today a survivor and I am thankful to them (and to everyone else who supported me)for saving me just as I was thankful on the day I heard the word Resolved.

There was one other thing the chemo doc told me when he gave me those excellent results. He told me, after I thanked him and told him I was going to go thank the other doctors, nurses, radiation techs, and the rest of the staff. He told me I had forgotten to mention that I would thank the most important person involved in it. I asked whom I had neglected to mention and he said it was me and then reminded me then that he had told me it would be the hardest thing I ever did in my life. I recall my wife's jaw dropping when he said it; she had never quite believed it was as bad as I had told her. I don't think she or my kids wanted to believe it but I must say, yes it was the hardest battle I have ever fought. In fact it was the hardest thing I have ever done.

So what is the point? I suppose that if you are battling cancer or know someone who is in that same situation, you or they need to know there is hope if you fight it. My odds back then were said to be 50-50 at the very best but only if I went through all of the treatments. So, if you are there now - give it and yourself your best fight and maybe, instead of being mourned, you will be here 5 years from today celebrating life.

...as part of their daily routine. Some fail but for this one it was all no problem at all.

Goats - They Are Pretty Smart

"Oh What A Tangled Web We Weave...

...when first we practice to deceive." Of course, there is a cure for that. 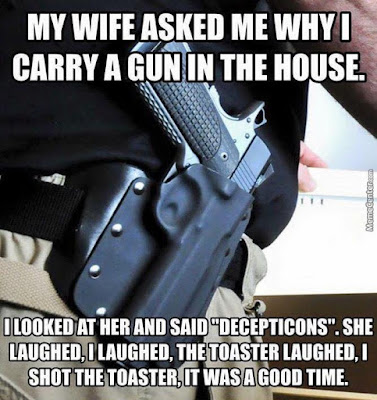 The Sun Has Set For Robert Osborne

Now this man I will miss. In fact, I missed Robert Osborne for many months now if not well over a year since I last saw him on TCM. I wodered what had happened to him - retirement, illness, etc. One reason I liked him was that he was a truly knowledgeable film historian and a real entertainer, at least when I saw him on TCM. I never heard him even once use his platform on TCM to speak once about politics or social issues even though, I believe he was gay (source). While he may have done so elsewhere, like when hosting the Oscars (which I have not watched in well over a decade or two) he did not ruin classic films by using them as a platform for such.
Regardless of his social life or of his politics, he seemed like a nice classy guy and he presented only the subject matter of his work while appearing on TCM. I appreciated that because I have been sick and tired of celebrities who believe themselves to be social justice warriors who try to shove their views in your face as if they were some kind of authorities on just about every issue imaginable. This man was an authority on film history and that is what he presented and he did so with class.  He certainly gave excellent intros to, and reviews of, classic films.
He gone forever now but hopefully will be honored and remembered by way of TCM playing reruns of the movies he loved along with his movie reviews. My condolences to his family and loved ones.
More on Osborne and his life's accomplishments here: https://en.wikipedia.org/wiki/Robert_Osborne
All the best,
Glenn B
Posted by Glenn B at 3/07/2017 11:07:00 AM No comments: