Going To The Range Later...

I watched two videos on disassembly - the first was for a Winchester 190 not a 290 but they are essentially the same firearm as only the wood is different. That first video was more complex doing a pretty complete stripping except for trigger group and bolt disassembly (probably best not to disassemble them as per the gunsmith who made that video) but more than enough to give it a very good cleaning.

I have to say, I liked this guy's style. He may be missing some teeth but he is not lacking in gun smarts from what I could see; well, except maybe that he did not remove the mag before checking to assure it was unloaded. He got the order screwed up there in my opinion. Other than that though, I was impressed. I might have taken my own down the same way he took that one down had he showed how to assemble it afterwards and if I had had an extension as long as the one needed for the socket wrench.

The other disassembly video was much briefer and the disassembly was done in different manner without removing the forestock or stock and also not disassembling the trigger group or bolt. I did it the second way as I essentially want to field strip it for a cleaning.

The same person who made that briefer disassembly video also had an assembly video posted. The only difficult part of assembling it was putting the recoil spring assembly back into place and while the guy in the video manipulated and held it in place with two screwdriver blades, I used my thumbnail and one screwdriver. I tried it his way but the spring kept popping out and then found it was much more manageable with a thumbnail and screw driver. I am guessing though that without his tip on how to manage getting the recoil spring back into place, I might have wound up getting all bent out of shape and doing likewise to the spring.

Now, getting back to other guns to bring to the range: Sure, I also bought a Savage Model 111 in 300 WIN MAG on the same day I picked up that Winchester 290. Thing is, I don't have any ammo for it and really cannot afford to buy any right now due to the amount I spent at the auction and to some unexpected vet bills after that. I am making up for those expenditures, just sold a Remington 870 today that adds a bit of change to my bank account for the next auction in September so I can pay off my bills. Damn, if it was not for the senior citizen discount I get at the range, I would not be putting out any cash for that either.

Regardless of whether or not I have the ammo for the Savage, I am none to sure I am in the mood to have the 300 WIN MAG cartridge's recoil pound away at my shoulder today. I suppose that also leaves out the Browning BLR in 30-06 Springfield. Maybe I should bring along another rifle in 22LR - something like the Voere since I bought a second magazine for it and have not tried out that mag yet. That sounds like a good idea. As for anything else, I'll have to think about it a bit. I think if I do decide on something else, it will probably be another 22.


I guess some would think that shooting only guns chambered in 22 rimfire would make for a boring range day but as far as I am concerned - 22 rimfires are some of the most fun guns I have ever shot. Anyhow, shooting 22LR beats not shooting at all by a longshot.

Damn, been blogging since August 15, 2006; did not realize my blogiversary had come and gone on August 15th. Oh well, typical me especially since it is no big deal. I am amazed though that I have kept at it for so long and that anyone ever reads what I write. Thanks all.

It Suits Him Perfectly 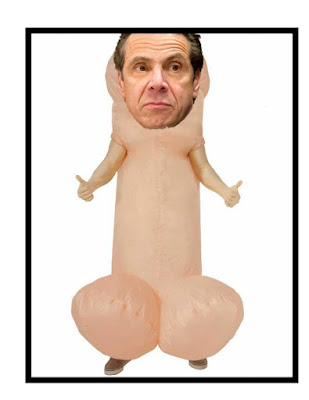