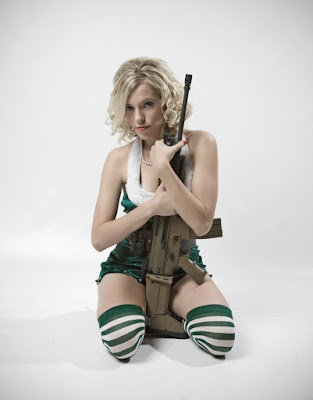 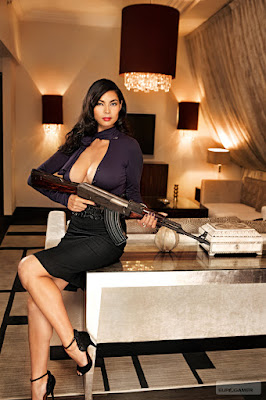 I Was Not As Lucky When Cleaning My Tortoise Enclosure...

...as when I put away my ammo cans today. While I found a nice surprise in my ammo cans, I did not find any surprises in the substrate of the tortoise enclosure. In other words, there were no eggs. In all likelihood, it was better that I did not find any eggs because chances are they would have been in there awhile and been too cool to have incubated properly. The only luck I have had with tortoise eggs has been when I found them as my female Herman's tortoise has been laying. Those go from the hole she has dug for them right into the incubator to maintain about a 90 degree Fahrenheit temperature to assure they have a good hatch rate.

This year, is the first time I brumated (hibernation for tortoises and other reptiles) my male Hermann's tortoise, at least the one I have now. My previous male was probably stolen out of my backyard but while I had him, he shot live loads for sure. I am hoping I had the current one in a dormant state for long enough. I kept him at lower temps (maybe 45 degrees Fahrenheit on average for about a month and a half). Being this species is one that comes from countries around the Mediterranean Sea, I am betting that a fairly short brumation period will be enough to have him firing live loads this year. If not, then next year it will be a longer brumation period for him, maybe three to four months.

It would sure be nice though to get some fertile eggs this year that go all the way to hatching. Last year, there were one or two fertile eggs, out of three clutches of a few eggs each clutch. Even though he had not been brumated back then, I think the problem was that I did not find the eggs until too late. Those two live eggs both died long before hatching was due. This year, the male has been brumated some, should be fertile, and I will need to check for eggs on a much more frequent basis.

In the past, my female has produced several clutches of viable eggs, all fertilized  by a different and older male than the one I have currently. I am keeping my fingers crossed that she will produce two or three viable clutches this year but I think it all depends on whether or not the male is ready and whether or not I find them promptly after she lays. I have been feeding them quite a bit and giving them water a lot in the hopes it will help condition them for a successful breeding. As usual, the male is much more interested in breeding than he is in eating; he is a typical ,man-swine male tortoise.

Last month, I pulled all of my ammo cans out from where I had them stashed. It was a bit of a chore but what was more of a chore and pretty tedious at that was counting all of my ammo and doing up a spread sheet for a proper inventory. That literally took me several hours. It's not that I have a super high amount of ammo but to borrow from Yogi Bear, who was attributed as being smarter than the average bear, I will indulge myself  and say that I am smarter than the average shooter. In other words, I have enough ammo on hand to last me and my son awhile.

When I did the inventory, I sorted each caliber by brand, caliber, bullet weight, year of purchase and made notes about things like bullet type (FMJ, JHP and so on) and that is what took so long. I knew it would go much faster putting it back and I was going to put all the ammo cans back where they belonged that day but just as I got started I saw I had an oil leak from around the filter of my oil tank. I had to have the oil company's repair guy come to fix it and that delayed getting the ammo back in place. So, the ammo cans just did not get put away, not until I started doing it about an hour ago. Did I ever mention to you, I am the great procrastinator!

I had done some additions for newly purchased ammo since the inventory, and subtractions for what I had shot since then, on the inventory today. Right after that, I needed to find a can to add a new shipment of 500 rounds of 9mm to and when I opened one of them I had the thought "that's peculiar"! What was odd was that I sure didn't remember that particular can of ammo being on the inventory. I checked and sure as shit, it wasn't there. What a pleasant surprise, to find I had 500 more rounds of 9mm, and less than a year old at that, than I had thought I had on hand when I did the inventory. I added a newly purchased batch of another 500 rounds of 9mm to the can and now they are packed in there like sardines. I have to scratch my head and wonder, what else did I miss.

I am a happy camper with that find. I was planning on picking up another 500 rounds of 9mm  soon but don't have to now and the money I will not be spending on it can go toward our Alaska trip. That is a nice surprise and a very good thing.

The War With ISIS & Our Military's Leadership 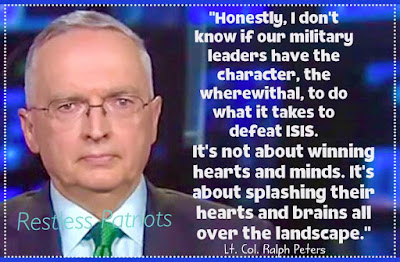 I don't know if is quite that bad among the officers in our military and I certainly hope not. However, it certainly seems that way to me with their boss, the one in the White House.
A hat tip to Pete G for this one.
All the best,
Glenn B﻿