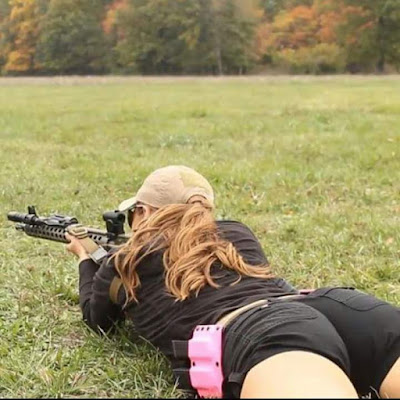 All the best,
Glenn B﻿

...and I must say, it's about time I enjoy one or three tonight. I have been on a lower carbohydrate diet (note, I did not say low carbohydrate diet) during which I have cut out all candy (with the exception of maybe 5-6 lemon drops), all cake, all cookies, all chips, almost all pretzels and even a lot of my normal bread and other carbs intake. Back on April 13, I wrote up a post about this all in which I admitted I had one hard cider in the first two weeks of my diet. Now, that wasn't like I was being a teetotaler, I was still drinking hard spirits (no carbs) but yes, I even had cut back on them. back then, it seemed I had not lost a pound but I should point out that hen weighed a few days later, I was down 3 or 4 pounds. Not much but a start.

I have not weighed myself since back then and have absolutely no clue if I have lost any additional weight since then and I have not been exercising regularly, hell almost none at all as far a cardio goes and except for the fact I have been doing yard work a few days a week and going to home depot to pick up some heavy stuff another day or two per week, I would have almost zero exercise. before  go on much more, let me clarify something, while I have not weighed in lately to see if any poundage has come off, I am pretty sure I have lost weight so yes I do have a clue. Today, while putting down lumber and concrete blocks for a raised garden bed, with the shoveling and pushing around soul that went with it, my pants just about fell off three  or four times. I'm guessing I must have lost another pound or three. Not more than that mind you because I am still a fat slob but that is all it takes when I am not wearing a belt for my pants to start wanting to drop off. I have also noticed my face looks thinner or at least less rotund.

I guess that is all well and good. It would even be okay, I suppose, if I had not lost a pound. The main purpose of my diet was not so much to lose weight as it was to lower my blood sugar. I truly have no idea if that has been lowered or not, that will require a trip to my doctor for a fasting blood test. My guess though would be that I have had to have done so. If I get tested and the glucose levels have not gone down, I was border line diabetic, then something is amiss with the test or with my glands (the adrenal glands can cause diabetes when not functioning properly and once addressed blood sugar returns to normal). I imagine though that I was borderline diabetic because I glommed down high sugar and high carbohydrate snacks like a nonstop eating machine and did little exercise to burn it all off. Even when I started regularly exercising for several months, the levels did not go down much. So, in an attempt to avoid diabetes, here I am eating a lower carbohydrate and sugar diet. I hope it is working and sooner or later, maybe when we get back from Alaska in early June, I will have the appropriate tests to see how I am doing.

Tonight though, I am cheating on the diet. I just had a nice soft pretzel with some horseradish mustard on it and am still enjoying a V-Twelve Ale by Victory Brewing Company. As the name implies, it is 12% alcohol by volume. That is one heck of an alcohol level for a an ale and I must say that this particular Belgian style abbey ale lives up to what it says on the bottle's label - Liquid Luxury. It is one of the most delicious ales I have ever imbibed. I am not going to go into all that ritualistic yuppy-leftist tomfoolery, or right leaning-smug-snobbery, stuff about it tasting like it has hints of berries and nuts with an after taste of allspice and apples but I will say it is an excellent and great tasting ale. It comes in a 1 pint 9.4 fluid ounce bottle which is just enough to catch a bit of a buzz from one and a decent buzz from two, especially after the potato vodka and moonshine cherry cocktail I enjoyed before popping the cork on the ale. I strongly recommend it. If I can find more of it on my next trip to Costco, I will buy several of them.

Anyway, I figured that after 30 days of dieting (I started it on march 30), whether or not I have lost even a single pound, or have lowered my blood sugar or not, I was long overdue for a good ale or bier and this one is certainly as good as I could have wanted after that long of a drought.

If you ever want to check out some good beers and ales, I recommend Victor brewing Company. While I have only had five of the brews they offer to date, every one so far was excellent. See what they offer here: http://www.victorybeer.com/beers/.

Obama and GDP Growth - A Disaster

Unless there is some sort of economic miracle for the United States over the about the next nine months, President Obama is looking like he is set to become one of the worst presidents ever (fourth from the bottom) relative to the growth of the GDP (kids, if you don't know what is the GDP, go back to school and pay attention and if your teachers don't know - well they should be fired). More here.

I seem to vividly recall how leftists and other assorted moon-bat liberals loved to harangue Ronald Reagans trickle down economics but truth be told he did better than the current NIC when it came to the growth of the GDP. My bet though is that now, the left will say the GDP is not an indicator of economic growth; after all what is a good leftist to do when they can't have the facts going their way? They twist it and turn the facts, lie about them and corrupt them until  they make right to suit themselves - even if the result is pure bullshit.

My thanks and a hat tip to PVQ for having the link on his FB page.

I Was Browsing Through Today In History Type Sites...

...when I saw that today was the wedding anniversary of a very infamous couple although, the he was much more infamous than the she since she was usually in the background. He was truly evil and she, she was somehow his lover, probably more in a twisted sexual way than anything else but the fact is they got married and it was likely out of love. It was a move of desperation for them; they both knew they did not have long to live. Yet, it probably was still an act of real love.

It is not something people often think about when considering the lives of these two people or just the more infamous one of the couple but there it is, they were married on April 29, 1945, full knowing death was upon them. In fact, just one day later - both Adolf Hitler and Eva Braun were dead (probably by suicide or murder suicide). I can't quite wrap my mind around which one of those acts, the marriage or the suicide or maybe both, showed us that Adolf Hitler had human desires, needs and emotions other than raging hatred. In his own terribly twisted mind, he needed and wanted a loving relationship like the rest of us and he could, probably did in fact, actually love someone.

There was no reason for him to marry Eva Braun otherwise. He  just as easily could have kicked her out of the bunker. Then again, maybe that would have been the more loving thing to have done. Anyway, it just struck me as freaky that such a monster as Hitler could really have loved anyone and that anyone could have loved an evil madman like him in return. No matter how much it boggles one's mind though, they were married. She signed her name "Eva Br Hitler" on their marriage certificate and of his love for her and her love for him there is little if any doubt. Just because you can love though does not mean you are not evil personified and what two words fit Hitler than those.