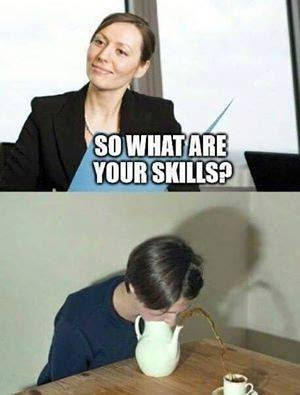 The Holidays Sure Tempt One To Go Off Diet

There I was, in the first couple of days of December, about 11-12 pounds lighter over the course of a three and a half month or so period in which I had changed the content of what I was eating. I had not been dieting to lose weight but rather to bring my blood sugar down because I was a mere point away from being labelled a diabetic. So I cut out a lot of carbs. Mind you, I did not cut out all of my carbs nor even did I get as drastic as the Atkins Diet but I went along those lines somewhat. I was not all that concerned about losing weight, just reducing blood sugar. So, I ate much less bread and almost zero junk food along the lines of candy, cakes, donuts, chips, pretzels and such during the week. I also abstained from drinking beer and went to hard spirits because most of them have zero carbs. As for some of what I ate, I ate a lot of eggs, fresh meat & cold cuts, some fish, a salad now and then, veggies when my wife cooked them, horseradish garlic pickles, lots of nuts (peanuts, walnuts, pistachios, almonds, Brazil, hazel, and macadamia nuts) maybe two or three pieces at most of bread in a day (usually whole grain) potatoes (in some moderation). For condiments and spreads I used coconut oil, olive oil, mustard (usually with horseradish) and way too much butter - gobs and gobs of it.

I allowed myself to cheat on weekends, some weeks for two days others for three. Regardless of the cheating, the result was that my blood sugar levels in my last two blood tests (in October) were greatly reduced. The first one had me well into the normal range and the next a bit high but much lower than only one point from diabetes. In addition, my triglycerides were 10 or 15 points into the normal level; usually there were at least 50 to a few hundred points high (I kid you not, and that comes from too little exercise and way too many carbohydrates). My triglycerides had not been in the normal range more than one or two other times in about 20 years. My cholesterol was acceptable if not good. I also had lost about 11 or 12 pounds while still eating as much as much or maybe even more food than before I started dieting.

Then the hunting/birthday/holiday seasons came in and I was lost. I went hunting and ate some high energy trail mixes with chocolate in them and had a few beers each night. Amazingly though, I maintained the same weight, I guess because of all the walking I did while out hunting. Back on the home front, in early December, I stopped to get some cold cuts at a German butcher. They had some seasonal cookies that I usually eat at Christmas time. I bought a large bag of one type and a smaller package of another. I had the whole bag gone in two or three nights. When no one else went for the cookie in the package, I ate them too. It all went downhill from there. In less than one month, with both of my kids birthdays and Christmas and all, I gained back every pound I had lost. I found that out on Friday when I was weighed at a doctor's office whose scale always matches the one at my regular doc's office where I documented my weight loss. My guess is my blood sugar is back up there again on the borderline if not over it. All that weight gain came on while I was actually getting in some decent walks of a couple to few miles, a few times a week, for exercise during December.

While it is nothing like a New Year's resolution, I am back on the diet of fewer carbs. I started again on Friday. I allowed myself one mouthful of an apple pie for desert on Saturday and that has been it for junk food since then. Otherwise it has been much of the same of what I ate over the last few months to lower my blood sugar. Maybe in another three months I will lose the weight I regained. I hope I stick with it a little better being that there will be no holiday extravaganzas at my house in that time frame, no birthday parties and very few BBQs (but I will have one or three of them this winter depending on the weather). This time I have added one additional restraint - I have been booze free since Thursday night. I am going to see if that helps because one or two too many and I lost all resolve to stick with my diet at least while drinking. As I did before, I am going to allow myself leeway on the weekends but this time will try better to restrict that to one or two days - not three. Who knows, maybe if I stick with that and my increase my walks by carrying my daypack, I may lose 20 pounds in three months. Time and the end of March should tell.

...that seemingly was caused by negligence has taken a staunch defender of the RKBA. Michael D. Harmon (described as a champion of conservatism and of the RKBA) was accidentally shot by a teenager to whom he was showing a pistol which evidently was loaded at the time. More here: Handgun discharges, killing Press Herald columnist M.D. Harmon at his home - The Portland Press Herald

It really is a shame that this happened because it would have been easily preventable had he just checked the action and assured the pistol was empty before he handed the gun to the teen, had he made sure to be off to the side or behind the teen but still in easy arms reach of the gun, and had he made sure the teen knew not to point it in an unsafe direction or place his finger on the trigger and of course had the teen handled the firearm safely. We can all make mistakes and there is probably not one firearms enthusiast among us who can truly say he never violated at least one aspect of firearms safety at one time or another; yet regardless of none of us being perfect, we must strive for perfection when it comes to safety with firearms.

While his family, friends and loved ones are mourning his loss, some disrespectful bastards on the left reportedly have been applauding his demise (source).

My condolences to his family, loved ones and friends.

Here is hoping the teen will not be traumatized for life by it.

Why Do Celebrities Blame Someone Else...

...for their own lack of education, poor work ethic, lack of talent or other inabilities and shortcomings on such a regular basis. Yet another example of such seemingly greeted us with the celebrations on New Year's Eve wherein Mariah Carey was reported to be having trouble during her performance and evidently was unable to keep pace while lip synching with prerecorded music and lyrics (source). The same report goes on to say that she is now blaming Dick Clark Productions (DCP) for what seems to me to be her own inability but she allegedly has said that DCP essentially deliberately sabotaged her performance. DCP is saying that claim is absurd and they may well be correct since no other performer at the same event had a similar problem.

I don't know about you but, since this crap happens on a regular basis with entertainer types and other celebrities, I suppose it the reason I am not a big fan of just about anyone in the entertainment world - at least just about not anyone living. I think that celebrities today are mostly a bunch of clueless, untalented, undereducated and leftist arsehats.

I Want To See The Video Of This Guy...

...driving that down the road. 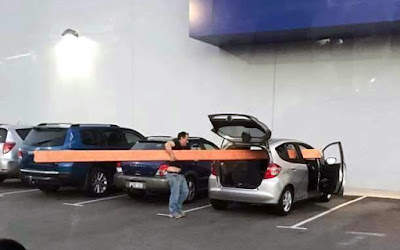