That Explains My Drinking Perfectly 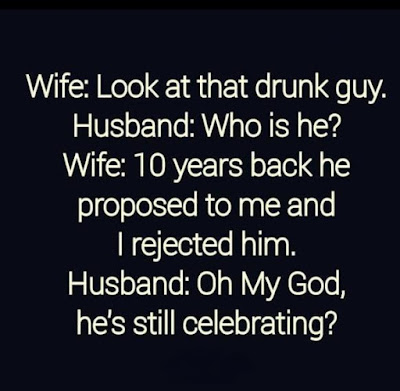 Ingenuity Will Get You There

I Am An Addict - A Regular Gun Auction Junkie

Really, I am an addict. I am completely addicted to firearms auctions or at least to the auctions run by the Hessney Auction Company LTD. in Geneva, New York. Mind you, I do not necessarily think that is a bad thing, in fact I kind of think it a good one - that is as long as my wife never finds out how many guns and how much ammo and other things I have bought from them nor how much I have spent there. Truth be told, I am carful to stay within certain spending limits and because of that I am kicking myself in the back o my pants' seat today.

Yesterday, I attended yet another Hessney Rod & Gun Auction. I drove about 310 miles to get there on Friday for the auction preview. I got there at about 430 and while I didn't quite get there when I would have liked to, at 3PM, when the doors open for the preview I still had enough time to look at just about everything. If you are wondering why I got there so late, it was not because I woke up late or anything like that. Yes, I am The Great procrastinator but try not to be when it comes to getting to the auction; so, I was up at 0530 hours and started getting ready. Besides packing for the trip, getting ready meant that I also had to appease she who must be obeyed adored before leaving home. That meant I had to take care of my critters, mow the lawn, sweep the sidewalk and driveway, rake the leaves, bag the leaves and whatever else it took to remain on her good side.

After all that was finally done, I was off telling her I was going upstate. She assumed I was going to her brother's house for the weekend, maybe thinking I was going hunting. I considered keeping her in the dark but I figured I had better tell the truth just in case she would see me walking back into our house with a new gun or three when I returned. So, I told her and she was just as disinterested as she is normally whenever I tell her something. That is a good thing if only because it is in line with the saying on one of my favorite t-shirts, so much a favorite I am wearing it as I key in this post - let me show you.


Now you may think I am smiling because of the sentiment on that shirt and  guess, in a manner of speaking you would be right. In other words, yeah I bought a couple of new guns yesterday. I also bought a rifle scope, a pistol case, some ammo and some art work (outdoorsy stuff). I guess that since my wife was awake and watching television when I slinked in through the side entrance to our house last night, you might think she got up to greet me and saw my newly acquired firearms. If that is what you think, it means you have not been paying attention to this post (or previous ones) when it  comes to the interest my wife has in me! That too is a good thing in some regards, like being able to get those new guns down to the basement undetected. While she pays so little attention to me and the guns,  I still wonder if he ever checks in the checkbook to see how much I have spent at the auctions. Who knows and who cares since she has not killed yet killed me over it.

So what did I get:

As you can see in the caption of the last one, I am planning on making good use of that one. As for the other artwork, I guess my basement can use the two prints. Where I could hang that wooden plaque, and it is fairly good sized and heavy, is beyond me. Maybe it will become a gift for my brother-in-law for his house!

Then there was the ammo: 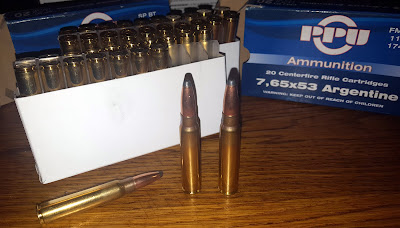 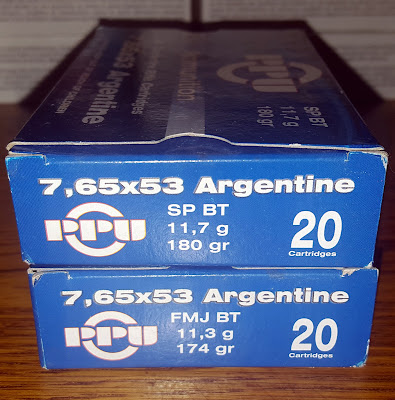 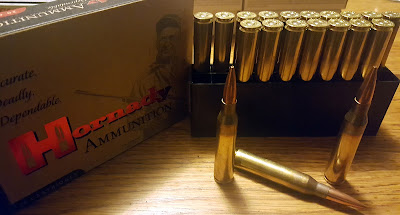 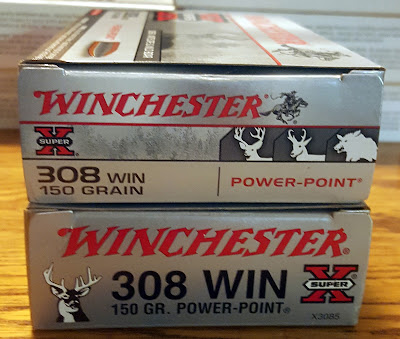 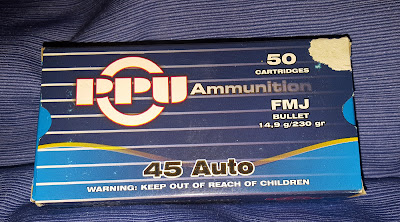 Lest you think that I am spending beyond my means, try to remember I said I stay within certain limits and thus my addiction does not get too badly out of hand. I may have to skip lunch for the next year to recoup the cash I spent but won't it be good if I loose 50 pounds of more! Actually (and yes dear, just in case you ever read it, this is the truth) I got almost everything at exceptionally good prices. The only thing on which I maaybe overbid (as far as the guns and ammo go - who can tell with the art) was the 308 WIN ammo. I got that for not quite but just about what I would have to pay in a store nowadays. Everything else was a steal - well I paid for it but you know what I mean. As for he art, the big oil painting was considerably less than a half a c-note and the prints were less than the oil painting and that was for both of the prints combined﻿. The deer on wood - that was $10.00.  Besides getting good prices on it all, some of it is already for sale so that I can recoup some of what I spent. No guns for sale, at least not yet, but I am selling some of the ammo and the scope.


The two things with the best bids, relative to retail prices, were the Mossberg MVP Long Range Tactical rifle and the Hornady Match 338 Lapua Ammo. Then again, the KDF Voere was less than a hundred as well. I think I did okay. Of course, now that I bought all this new stuff, I have to sell some of my older guns; that is just how it works out now ever since I have been married;. Well anyhow, my wife thinks I sell them and yes, I really do sell some now and again so I can buy others but somehow it never seems to balance out.
There is an upcoming Hessney Rod & Gun auction scheduled in December but chances are I will not be going to that one if only because I will need money to buy some Christmas presents for the family. Besides that, I really am trying to shed my gun auction junkie status by fighting off those seemingly unavoidable impulses that I get to travel northward each time I read an email about an upcoming auction. Time will tell though. I may be there in December no matter what I think now about me being strong enough of will to sail on past that one while tied to the mast as was Odysseus when the Sirens sang their alluringly irresistible song to him and his men. By the way, did I happen to mention, 'Hi my name is Glenn and I am an addict...'
All the best,
Glenn B
Posted by Glenn B at 10/15/2017 12:36:00 PM 1 comment: