North Korea's Missile Program On Fast-Track But How & Why!

North Korea is supposedly on the faster track than had been expected to a build-up of its nuclear arsenal and thus probably well on its way to a nuclear war. There are only two possible reasons that North Korea's nuclear weapons / missile program is on fast-track and both are interrelated.

1) First of all, it means they are getting a lot of help from another pre-existing nuclear power, a power that does not give a shit about the United Nations and its mandates nor about other nuclear powers. My guess is that would be China. It could be Russia but I tend to doubt it. (Yes, I know they got a lot of help from us via Bill Clinton but at least that has stopped.)

2) China is ready and probably willing to go to war if North Korea starts it. If they do, let's face it, it will not be as our ally. Fact is, they have been getting ready for war while the rest of the world has watched and done less about it than we have done to North Korea. The truth is that we have done virtually nothing to stop China from preparing for WWIII from their helping North Korea. It goes from the buildup of their own navy, to using their navy to harass vessels legally on the high seas, to claiming the open seas as Chinese territory, to the building of islands in the middle of those waters and then turning them into military bases. It all reeks of very similar moves made by Nazi Germany prior to WWII. Think of it, Germany did not attack the U.S., Japan did so once they were aligned with Germany as an Axis Power but Germany was more than happy to then join in against  us.

World War III may not be imminent but the Chinese are very patient antagonists and when the time is ready, there is no doubt in my mind, they will start WWIII by way of some piss ant country like North Korea staring it for them. A counterattack on the north will come to close to China or be seen as a threat by China and that will be al the excuse they need to join in against us - that is if they even wait for an excuse which I tend to doubt they would do. If the North Koreans are successful in striking a couple of major U.S. targets, it would bring us to our knees and give the Chinese all the incentive they needed to join in and finish us off.

I hope you are well prepared for it in your lifetime. I believe with all my being that it will take place within my lifetime, that is if I live at most another decade. I also think it probably will take place sooner than that. That is unless we find a way to avoid it and with the current crop of leftists, RINOs and other arsehats in DC, I see little hope we can prevent it.

Please Vote In The Poll...

...at the end of the linked and brief article about the difficulty of getting a pistol license in NY.

War Story, I F-ck You Not 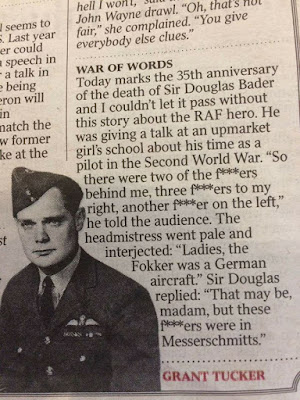 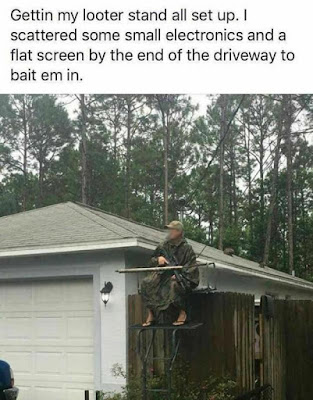 Cause of the Recent Hurricanes? 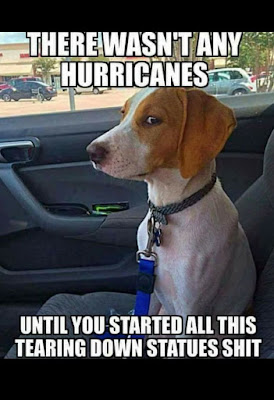