Proof The .40 S&W Round Is The Best On Earth

I now present undeniable proof positive that the .40 S&W round is the best on this planet (and possibly throughout the known universe, Klingon Empire included).


If that does not tell it like it is, then what does tell it that way!

Have You Been Buying Ammo Since The Election...

...or are you holding off as I intend to do for a few months to see if prices drop under Trump? I am hopeful that ammo prices will begin to fall within about 3 to 6 months of him in the White House (that is of course if the Electoral College does not pull some treasonous bullshit and vote in the b/witch who lost the election). On can dream and I am doing just that along the lines of some decent to really big price drops.

To The Woman In Walmart...

...who backed out of an aisle into which I was turning my shopping cart, then tried to squeeze between me and the shelves in six inches of space and who waved her handing at me to move like an arrogant bitch, then when I did not budge who smashed her cart against mine expecting me to inconvenience not only myself but three other shoppers waiting to pass that aisle, let me just add this to what I already told you in store (which had some people there gasping nd others smiling in approval): GO FUCK YOURSELF YOUR ROTTEN CROTCH HAG.

What were those lyrics in Psycho Killer: "I hate people when they're not polite...". Yeah that's me, at least at first. I believe being polite to everyone and I expect the same from them. It is or once was called common courtesy. When people become intolerably impolite, well that deserves a like response. So yeah, shit like that makes me less than polite in return.

I AM NOT A GUNAHOLIC!

There is no way, absolutely no way, that my gun buying habits resemble anything in this video:

Really, I am not a gun-junky, please believe me, it means so much to me that you have faith in me.

Cyrus Kouandjio is not just an immigrant who became an NFL player (Buffalo Bills) but he also is now a new U.S. Citizen and he expresses his belief here, very patriotically, about why he will not kneel for The National Anthem. Frigging kneelers don't know how good they have it or if they do then their kneeling is just so much bullshit.

... the Day the Week the Month the Year a Decade a Century a Lifetime Eternity (yeah that's it). 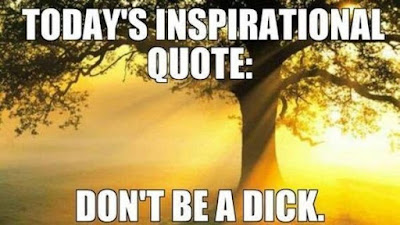 Gleefully stolen from Wirecutter's blog. If I wore a hat, I'd tip it to him.

Humility In The Media...

...is something you might think is due us, the audience of that arrogant bunch of know-it-alls, but is also something that apparently is not coming anytime soon. Well, at least it is not coming from most in the media unless maybe the report shaming of the media by The Donald was true and that blasting away by Trump actually will have some desired effect.

There is at least one, among the representatives of the media branch of the worshippers of Hillary, who has exhibited more than a bit of humility. That would be Will Rahn, the managing editor for CBS News Politics and Digital. In his piece The unbearable smugness of the press, he explains that there was/is a cult on the left that idolizes Hillary Clinton as a goddess and who believe that she could do no wrong - most in the media included in that group. He goes on, to in essence say, that therefore they, as in those among the media, had it right all along about dimwitted Trump voters except for how many deplorables were out there. He smacks them harder than anyone from within their own ranks has done so in recent years. More here. My guess is even if they read that article, few among the media or Hillary's other acolytes will learn the lesson Rahn attempts to convey.