A robber enters a convenience type store, draws his gun and is almost immediately confronted by three of the four customers who were present and armed. He drops his weapon after what looks like to me the guy in the dark shirt whacking it with his left elbow (watch closely for his elbow to dip), bends over to retrieve it and when he comes up is almost immediately shot by at least one of the three armed patrons. Sometimes it just works out right for the good guys! This reportedly happened in Brazil.

I am wondering about the guy who ran out the door. Was he just an unarmed civilian type who made the smartest move possible under the circumstances or was he an accomplice or better yet, was he an informant who set up the armed bad guy?

I wonder about the three armed customers too. Were they cops ?assigned to something like the NYPD Stakeout Squad of yesteryear? I am betting they were cops and the guy who ran out either an accomplice or an informant. The guy in the black shirt and other guy to the viewers right (who also puled a gun) were aimlessly milling about, the guy in dark shirt even looked out the door as if waiting for it. Then he makes that move to disarm the bad guy with his elbow (or so it looked to me). Other guy who bought something and took forever to draw, a cop who should be retired already or on a desk job. Of course that is all just conjecture on my part. 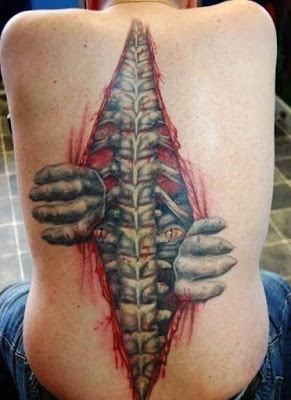 For some reason, this made me think of it. So corny it was excellent.

Here is how they explain it:

"Ruger recently discovered that all Mark IV™ pistols (including 22/45™ models) manufactured prior to June 1, 2017 have the potential to discharge unintentionally if the safety is not utilized correctly. In particular, if the trigger is pulled while the safety lever is midway between the "safe" and "fire" positions (that is, the safety is not fully engaged or fully disengaged), then the pistol may not fire when the trigger is pulled. However, if the trigger is released and the safety lever is then moved from the mid position to the "fire" position, the pistol may fire at that time."

More information about it and what to do if you own a Ruger Mark IV here:

...definitely nothing like it in the case of the mother who reportedly used a pair of pliers to pull two of her young son's teeth in a Walmart rest room! More here.

What the fuck is wrong with people!!!