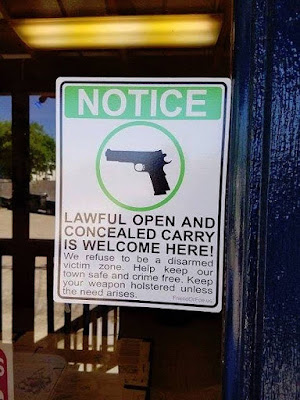 Road Trip - Highlights Of My Trip To AR So Far

My trip down to AR was pretty uneventful and there were no super special highlights to the drive down here except maybe most of the trip itself and there was only one low point. That was the traffic through Long Island, NYC and NJ. Being that was the only real low, and the rest of the drive went well, I guess it made 95% of the drive a highpoint! I left NY on Wednesday pretty much precisely at 1300 (130 PM).


Luckily, once I got about midway through NJ, traffic had disappeared. The ride the rest of the at was much better as can be seen in this brief clip of the road in West By God Virginia.

Around midnight, I stopped at a Motel 6 in Huntington, WV but did not stay there because they could not check me in due to a local power failure. Drove another 50 or 60 miles and got to a motel in Morehead (yes it is Morehead not Moorehead), KY at about 0130 (130 AM) Thursday morning and stayed at a quasi-dump of a Motel XXX. Even though I had been the sole occupant in my car, I had a little help while driving that kept me going for that 12 hour drive with only one stop of maybe 20 minutes to eat and gas up.
﻿﻿
I departed Morehead at 1130 Thursday morning, then stopped in Bowling Green, KY for an hour for lunch but it wound up the first place I stopped at did not serve food. Who would have thought an Irish Pub did not serve food; of course, they did serve Irish whiskey.
After a wee dram of Jameson's, I walked around a bit, then went to another place and had a bit of breakfast at around 1430 (2PM). Took off back on the road again shortly after that. 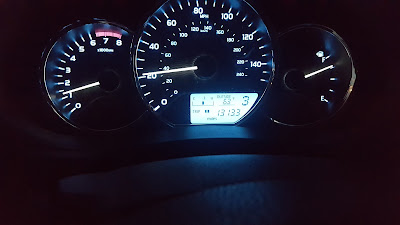 I arrived at my son's place in Benton, AR at about 2145 (945 PM) or thereabouts at 1313.3 miles from my front door to his. That was on Thursday night. On Friday, he was on his second day of his new job for orientation, so I went food shopping. I picked up groceries for both of us and a fishing rod for myself. Also got a couple of shirts for us to wear on St. Paddy's day.
﻿﻿﻿
Before we had a chance to go out on Saturday, we went out to a local bar with Brendan's friend Walter. We got pretty smashed. 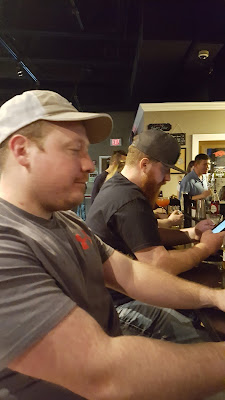 On Saturday, St. Paddy's Day, we had hoped to go canoeing on the Caddo River but found out the river was running low so we opted to go catfishing. We went to pond owned by Jimmy, a friend of Walter & Brendan. Walter was along with us. None of us caught a thing but I may have gotten a few bites, I pulled at least 40 to 50 ticks off of me - most very small nymphs but definitely ticks after a walk along the brushy shoreline. I forgot to use the Deep Woods Off Brendan had in his tackle box. Have not found any of them on me since and hope none are hidden somewhere doing their best to suck me dry.


On Saturday night, Brendan and I went to Fassler's Hall, A German style bier garten. It was packed with plenty of elvin folk wearin' the green. We had a  bite to eat and he had a couple or few biers. I took measures to avoid a gout attack and drank only club soda after getting bashed the night before.

Sunday, it was just me and Brendan and a day that promised to be rainy. We took a ride over to Hot Springs and went to a small gun show at the local fairgrounds there. It had maybe 125 to 130 tables. There were not many potential buyers, I am guessing that maybe 50 - 60 shoppers, at most, were inside at any given time. Prices on guns & ammo were high. Regardless, I found a magazine for my Glock 30 at a decent price of $23 and bought it so I'd have three mags for when we take the Glock 30 to the range, probably next weekend. It only came with 2 mags and while I had ordered three mags for it before leaving NY, as luck had it, they arrived at my house the day after I left on this trip. The rain held off until after we were back at Brendan's apartment.

After getting back to Brendan's place, I cooked a 5.5 pound corned beef, a head of cabbage and several white taters. It may have been a day late but damn it was delicious. We ate over half of the corned beef in one sitting.

He will be working his new job all week so it gives me plenty of time to get into mischief by myself. It's been fun so far and I expect it to be fun for however long I stay here, especially on the weekends when I spend them with Brendan.