...west of the Mississippi. 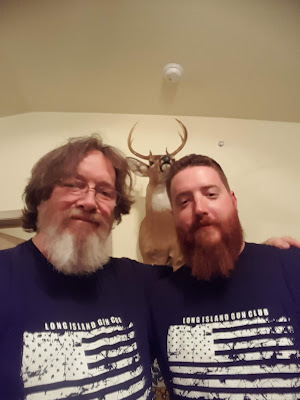 Never Got Any Shooting Done...

...over this past weekend as I had hoped to do with Brendan but we had a good time anyway. Finally got around to dropping ATT as my cell phone service provider and we switched to T-Mobil. They mahy not have as much coverage as ATT but my ATT service sucked, their customer service was worse edging on the down side of abhorrent and they were expensive, very expensive. For what will be a better plan as far as I can see, we will now be paying about $72.00 less per month between the both of us.

A guy at the ATT store helping me to get my ATT phone pin code reinstated told me we'd be back to ATT soon. I think not mostly because of their price and what I think was their abhorrent customer service.  I had to get a new pin because another ATT rep whom I had spoken to on the phone locked my account when I said I wanted to unlock my phone because he said it appeared my phone had been stolen - chalk up another  failure by ATT customer service. After two days of trying, I finally was able to unlock it so I could switch it to T-Mobil. If T-Mobil is as bad as the ATT store guy implied, then we may switch to Verizon but I am not going back to ATT unless they make drastic changes.  Right now, ATT can go belly up for all I care - as far as I am concerned they suck.

Other than getting our phones changed and it taking longer than expected we had a great time. We went to Fassler Hall in Little Rock on Saturday; a dog friendly German style bar/restaurant and too the pooch with us. We enjoyed ourselves and had a nice lunch and some biers (only two for me as I was driving). All in all we had a pretty uneventful but nice weekend spent together.