...and I intend to do so today, at least by being a little anti-ISIS piggy. Nope, pork is not on the menu, at least not as the main course. It may still make its way into the appetizers though, I have to hit the supermarket to decide on what those delicacies will be (yes, H-Mart is open up my way). Regardless of pork, I will be a pig anyway.

In about an hour (as I type this), I will throw a 20.68 pound choice beef rib roast onto the grill. Might do it sooner than that, maybe in as soon as 15 minutes. I just cannot imagine that thing cooking in-between  1130 and 2:45 PM, that being 15 minutes before the time we have planed to commence chow down at 3. It has been out of the ridge for about 1.5 hours now, bringing it to room temp seemingly allows it to cook somewhat faster and somehow makes it juicier and thus taste better too.

I had hoped to pick up a similarly sized prime rib roast but Costco, where I got this one, did not have any prime rib. That was strange since they have prime meats regularly. Whatever, I am sure it will be excellent as it looks to be nicely marbled with fat as are most ribs I have ever seen and eaten before. In a way, I am kind of happy that I did not find prime rib, this one was expensive enough and I imagine that prime would have run at least $3.00 more per pound. The money I saved went toward beer and booze.

While I will be cooking the beef and probably whipping up some appetizers (stuffed mushrooms might be in order - stuffed with shrimp, scallops, seasoned breadcrumbs and butter) the wife will be making all of the sides. I know she is including butternut squash, pan roasted (or broiled) Brussels sprouts, homemade mac & cheese and a salad. What else she is conjuring, I have no clue.

As for me, I still have some stuff to get done besides the roast. I did manage to throw my wash into the machine, feed the tortoises, likewise the salamander and fish, clean the grill, make sure I have enough gas for the grill and throw the beer into the fridge - just not quite in that order. I am quite happy I remembered, first of all, to toss several beers into the fridge. All that out of the way, I still have to hit the supermarket to pick up some fixings for whatever appetizer(s) I choose to make.

As for the beer for the day, I think there will be 5 potential beer drinkers - with 4 of them being somewhat likely and at least one (me) be certain - at the festivities today. I bought a case of Variety of Victories by the Victory Brewing Company for the occasion. Victory Brewing Co. has quite a selection of ales and beers. They make one of my favorites - Golden Monkey Tripel, which just happens to be included in the case I bought. The variety case also includes: HopDevil IPA, Headwaters Ale and Prima Pils. I, for one, am looking forward to each of them but that has to wait until later. There will be no drinking done by me today until about half a second past noon (or maybe even an hour or two later). Anyway, I most certainly will have at least two and maybe three. I also have a decent bottle of champagne around here and my brother-in-law the younger is also bringing some more.

Moving on, I have to get some more things done before I fire up the grill. Then, once I have the roast on the grill, I will head to the supermarket for the appetizer fixings. I am salivating thinking about the possibility of stuffed mushrooms. if they are half a good as the ones I made for Christmas they will be excellent.

Hope you are enjoying your day and have a happy start to your new year. if not though, then I hope you can catch up as soon as possible. If you are in the military, in some God-forsaken shithole like Iraq or Afghanistan, drop me an email and maybe I can arrange to send you a pretty decent care package. Mind you, I am not rich so, if I actually get some requests, I can probably handle this for two or three of our military folks at most right now, first come - first served; anyway, Happy New Year to you.

Is There Any Truth To It? 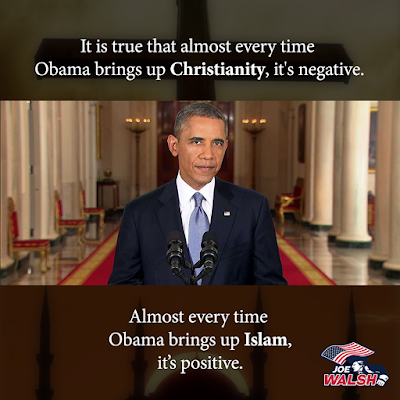 I would bet that there is some truth to it, in fact I would think it more truthful than not but that is just my guess.

Happy New Year to all except the heinous pieces of shit, and all like them, in ISIS, al Qaeda and other such groups (like those of the extreme left and extreme right). Also, allow me to exclude, from my new year wish anyone who:

Believes black lives matter (more than the lives of anyone else),

Anyone who lives life believing he is entitled to the fruits of someone else's labors;

Anyone who illegally enters a country (or overstays a legal entry)and then believes he is included in the phrase "We The People" and anyone else who believes that;

Anyone who believes that law enforcement officers (or any other type of servant of the people) is superior in any way shape or form that the remainder of the citizenry and thus who supports laws making them, in essence, a special class;

Any government official who violates his oath of office by not supporting and or defending the Constitution of the United States of America;

Any politician, who once elected to office reneges on his campaign promises (they should be charged with fraud and prosecuted and if found guilty removed from office, as far as I am concerned);

Anyone who believes that truly Constitutional laws apply to others but not to themselves;

Anyone who truly believes that gun control is the answer to violent crime instead of executing, or at the very last lobotomizing, violent criminals (at least the repeat offenders)

Any citizen, legal resident alien, or politician who supports any of folks who believe in any of the ideals I mentioned above that exclude them from my wish for a happy new year.

I could go on with the list but I think you get the general idea of whom I exclude from my wish that you have a happy new year. The rest of you, have a blast and may your new year bring you health, wealth, love and happiness.