Sorry - No kilted pic of me from Kilted To Kick Cancer fundraiser(KTKC) Day 7, which was yesterday. Then again why should I be apologizing for that, you may think it wonderful not to have had to have seen my legs yet again. Anyway, another kilt pic will be posted later today for day 8.

Yesterday was a pretty much ho-hum stay at home day for me. We had a small BBQ. It was also a ho-hum day, or so it seems at last look, for Team Glenn B in the KTKC team standings for donations brought in. Somewhat disappointingly, Team Glenn B remains frozen in third place with a mere bag of shells, or $315, donated through it so far. Don't get me wrong, I am very grateful to the folks who donated that $315 and am happy that you have contributed to the cause. It's just that I was kind of hoping to raise more than that for such a worthy cause as the fight against prostate cancer. There is a long way to go before the end of the month though and I am hopeful that donations through Team Glenn B will wind up closer to my hoped for goal of $2,000. Of course, even half that would be excellent and as I said, I am happy with what has been donated already, just not satisfied that that is the best we can do. 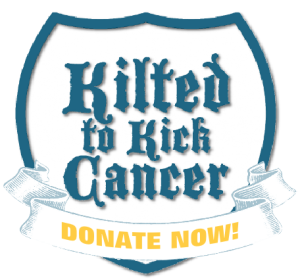 If you want to donate, you can do so through this link and I would hope you select Team Glenn B from the drop down box on the checkout page. To entice you to donate, I will be raffling off some prizes after the end of the month long fundraiser. For each $5 you have donated to the Kilted To Kick Cancer fundraiser through Team Glenn B, you will receive a chance to wind a prize. Donate $5, get one chance, donate $10 get two chances and so on but you must send me an email with a copy of your receipt or confirmation of your donation to be entered into the raffle.

All of the below listed prizes will be included to be split between first, second and third place prizes at my discretion. All of the prizes were bought and paid for by me, out of my own funds, to entice you to donate to the Kilted To Kick Cancer (KTKC) fundraiser through Team Glenn B at:

The donations go to help the fight against prostate cancer. Believe me when I say that the prizes and my kilts, shirts and accessories that I wear for this effort, cost at least as much as the $315 of donations brought in so far through Team Glenn B. I am not getting a penny of the donated money, that all goes to cancer research and prevention and to fund the fundraising efforts of Kilted to Kick Cancer (reference the bottom of the KTKC donation page at the this link). I figured though that to get folks to participate, it would be wise to offer incentives just as KTKC is offering prizes for the team leaders who collect the most.

Right now, the prizes I have amassed include:

300 rounds Winchester 22LR ammunition in wooden collector’s box. (Restricted to an adult who can legally receive and possess it.)

100 rounds of 9mm FMJ ammunition. (Restricted to an adult who can legally receive and possess it.)

Tentative prize: A PUMA SGB Deadwood Micarta Fixed-blade Hunting Knife. I would have said this was a definite prize but when I received the one I ordered, the box (and possibly the knife inside of it) was damaged. I sent it back for an exchange; hopefully they have others in undamaged condition; otherwise a knife of similar cost will be included as a prize.

Of course, you don't have to donate through Team Glenn B. There are other teams you can choose or you can decide to donate without naming a team. Each team, in essence, consists of an individual blogger who registered with KTKC to collect donations throughout September and his/her donors. The bloggers, for the most part will be wearing kilts while making an effort to spread the word about prostate cancer awareness and to collect funds in the fight against prostate cancer for the KTKC fundraiser. The top three registered participants will be eligible to win some nice prizes that were donated to KTKC for this effort. While I would not mind winning a prize, and thus hope you donate through Team Glenn B, the important things are that you donate to the fight against cancer and that if you are a man, you get yourself checked for prostate cancer by your doctor especially if you are an older man.

See these statistics quoted (I changed the color) from the American Cancer Society (source):

Prostate cancer occurs mainly in older men. About 6 cases in 10 are diagnosed in men aged 65 or older, and it is rare before age 40. The average age at the time of diagnosis is about 66.

Prostate cancer is the second leading cause of cancer death in American men, behind only lung cancer. About 1 man in 38 will die of prostate cancer.

For statistics related to survival, see the section “Survival rates for prostate cancer.”

As I said, men - get yourself checked, especially if you are an older man, it may save your life.