Who Said Guns Are Only For Killing!

Here is a news flash for ya, they are useful for other things too, see: 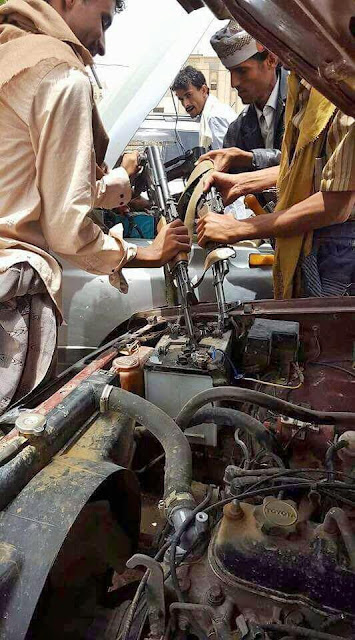 The Trump Slump - Firearms & Ammo Sales Plummeting But Why?

Firearms and ammunition manufacturers are gnashing their teeth in agony because of falling revenues due to fewer sales with regard to guns & ammo ever since Donald Trump was elected to the presidency. They are calling it The Trump Slump as per this source. While I believe it is happening, and understand how it is happening; however, I simply do not understand why it is happening because it is an illogical phenomenon.

Well, maybe I do understand since people do not necessarily make logical decisions when faced with bad times nor even when faced with good times. In fact they often do the reverse of what would benefit them the most based upon emotions during both good and bad times. Despite it being easy to figure out logically - people often tend to do otherwise.

When supply is high  products are normally less expensive, thus that is the time to buy and stockpile for your future. Sure, you will want to enjoy some of what you buy then, that is just a normal thing to do, the if you have it enjoy it and flaunt it mentality. Yet, if you are smart you also will buy enough to put some away for a rainy day. You don't have to be wealthy to stockpile, you just need to buy what you can buy, of whatever it is being sold that you need or will need and logic dictates you do that when things are in abundance and at low prices. If you do not do that then, when times are bad and supplies are low and thus prices are high, what you are likely to do is to start panic buying and paying too much for what you should have already had in store. and that will make the problem even worse.


I don’t know about anyone else in the good old 'US of A' but I have continued doing my part, without any slumping, to support firearms, ammunition and related industries since Donald Trump was elected. Heck, I did likewise when Obama was in office but at a slower pace than I did before he was elected and slower than what I plan to do now that he is out of office. That is not due as much as to who is in office or not but to supply and demand no matter who or what the cause and to what I need for current use and for my stockpile.
Somehow now though, despite what logic dictates, we have what they are calling The Trump Slump with firearms and ammunition sales. I don't understand why - now that ammo prices have already fallen dramatically and firearms prices seem to be falling somewhat - anyone would stop buying them. Now is the time to buy as the prices are lower and the future is the time to keep buying if prices keep going lower.
Sure, as I said above, I bought ammo and firearms when Obummer Obama was president but I did not do much panic buying, if any, as did many American gun owners. In fact, I think I was buying at a slower rate then than I am buying them now but yes I did keep buying because that was prudent in the event someone like Clinton would have followed Obama and made things much worse. Yet, my buying was more affected by supply, cost and my cash at hand than it was by a panic that things would get worse. So, I just bought at a slowed pace because firearms, and especially ammo, were much more expensive but I believed still needed to get my supply as usual. While I simply could not afford as much then, I kept on buying and stockpiling as much as I could afford. Now that prices are less, I see absolutely no reason to stop stockpiling but I do see that as an incentive to increase my rate of purchases, all again depending on cash at hand.
So, as I see it, there definitely is no reason to slow down now that a better and much more RKBA friendly president is in the White House, especially now that prices have dropped. So why the so called Trump Slump! I am guessing it is merely because of panic buying, by idiots, coming to an end. To have bought more guns and ammo than as ever you did before just because Obama was in office is one of the things that caused prices to go sky high and supply to drop. Now, to slow down in your firearms & ammo related purchases
because the political climate is pro-RKBA under Trump and your panic has subsided, leaving you all giggly and light headed with joy ,is not only illogical - it is lunacy.
Now is the time to start buying and stockpiling as much as you can while prices are lower and if they keep going lower you should just keep buying and stockpiling. The reason for that is that if Trump winds up out on in the cold in 2020 and an arsehat like Joe Biden (or worse) gets in to the White House - you can bet panic buying will commence anew. As panic buying again commences, prices will rise and supplies will fall. As it continues, under a butthead like a Biden, just as in Obama's 8 years in office prices will rise more and more as supply dwindles to less and less and we will be in the same or worse condition than when Obama was in office.
Buying more now than during the 8 preceding years is my plan. Since Election Day in November, up through and including this past Saturday August 12, or in just a few days over 9 months, I have made quite a good number of purchases of firearms, ammo, accessories and supplies and spent a goodly amount in doing so. If you are curious as to what I think is a goodly amount to have spent toward those purchases, let me just say it was enough to buy 10 firearms a few thousand rounds of ammunition and a decent handful or three of accessories and supplies. Telling you that I spent over 5k for those purchases might get me in big trouble with my wife so, I am not going to tell you that.
Now, to appease my wife, in the event that she somehow found out that I actually spent over 5K on guns & ammo, I would have to point out to her that it would not have been like I had not sold at least a few to several guns and a decent amount of ammo to help fund my habit those purchases. In addition, before begrudging me those purchases, she would have to consider that I also came into enough extra loot for one nice rifle (which paid for the Marlin 1895GBL I just bought). Beyond that there is the $100 rebate on the Marlin that I will get if I remember to mail in the rebate form which I have just about totally forgotten to do in the last two weeks!
Maybe telling her all that would appease her a bit. If it did not then I would just need to explain to her that I merely have been doing my part to help support firearms related industries, our economy in general and to support our president by putting to sleep the rumor of The Trump Slump.