Beauty Is In The Eye Of The Beholder...

...or should it be said that beauty is in the eye of the beheld? 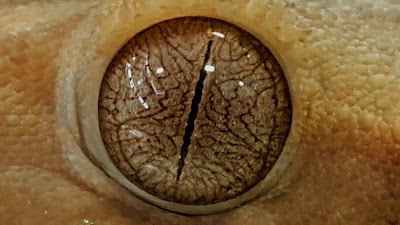 Just in case you were wondering to exactly what that little jewel belongs, it is the left eye of the harlequin crested gecko female ﻿I picked up today at the Long Island Reptile Expo. 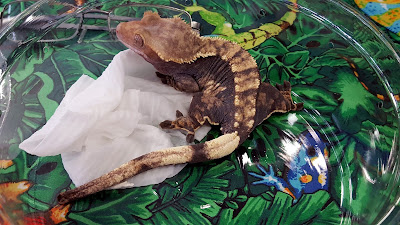 The breeder/ dealer from whom I got it was John Heiser, who breeds only high quality geckos. The gecko itself was in shed and probably looks better by now because by the time I got it home it was already beginning to slough off its old skin. More pics at a later date.

We Thought We'd Get To Shoot A Thompson...

...at the WV Bloggershoot yesterday but were told it just was not functioning properly. I didn't ask why but after seeing this photo, I have to wonder if it was just all petered out from all the fun it had the night before. 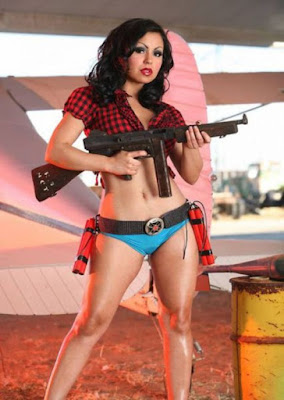 Brendan and I had an absolutely excellent time and we shot up a worthwhile expenditure of ammo; although, we did not shoot anywhere nearly as much ammo as I had brought along. It was the first time we shot the Savage Axis at 100 yards, only had a chance to shoot it in an indoor range before. It took a bit of sighting in but was decent shooter after that. We also shot the Marlin 25MN at that same distance and it was also a decent performer at that range. Then again, we both did pretty good with the Remington R1 and Beretta 92FS at 100 yards, better than expected. More on all that later in another post.