Went to the Murphy's Gun Show in Benton, AR with Brendan this past weekend. Nice show, we spent the complete two days there since we had two tables. I sold my Colt Detective Special for a whopping $16 profit (not really a profit considering the expense I had to pay to get to the gun auction where I bid on it but $16 more than I paid for it directly). Still, not bad considering that at sometime between 1932 and when I bought it a year or two or so ago, someone had filed down the front sight by about half. The woman who bought it seemed eager to have it and asked my best price and I lowered the asking by $25 and she immediately said she'd take it regardless of the painfully obvious sight alteration (painfully obvious to most folks but not to me when I bought it at auction). Either she thought she had pulled off a truly great deal or she wanted it for what she said - a 38 for her son to use to shoot snake shot. She got a good deal and I made a very few bucks on it.

Ammo was going for out of this world prices, for instance: Monarch 223 in a 520 round spam can selling (yes actually selling) for $225 per can when it can be had (when it stock) at Academy Sports for about $167 out the door and could have been had (with the first responder discount that was in effect until 9/11) for $148 out the door. And yes it has been available fairly recently. Other stuff was selling for prices just as crazy. Guns were likewise in many instances.

I managed to sell only a few small things other than the Colt. I also bought one gun but one that will never go bang. This one: 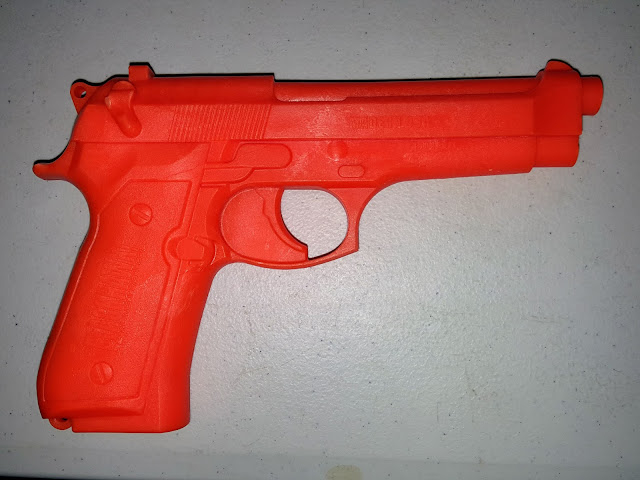 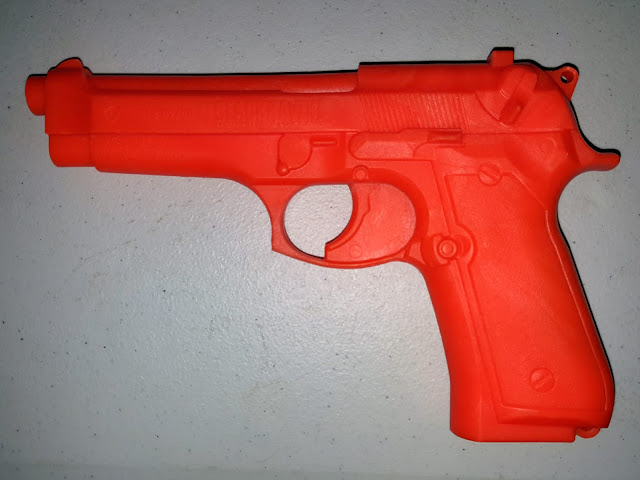 I am going to use it to help train my son in pistol retention, gun takeaways and such - things I should have taught him 10 years or more ago but I am THE Great Procrastinator.