Oh Please No - Not Her 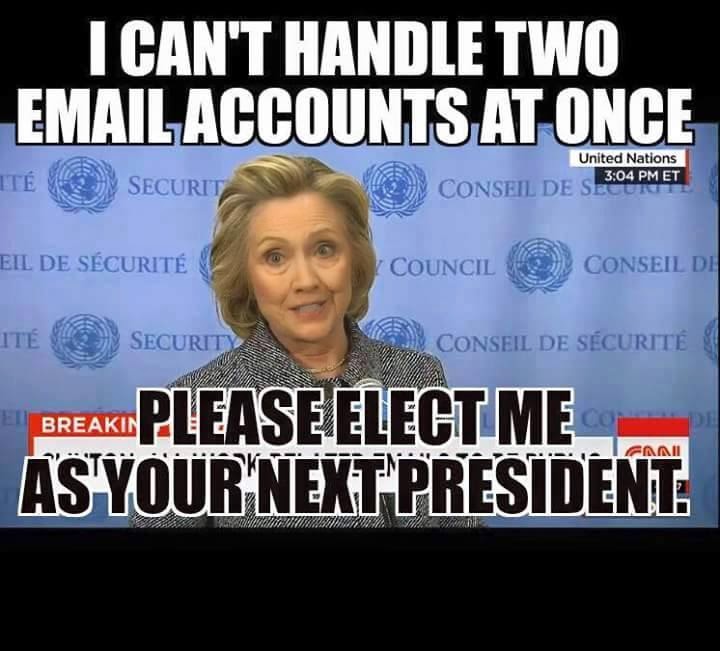 When you think about it, is there even one good reason to vote for her no matter who is her opposition? No there is not.
All the best,
GB﻿

I Have Been Shitting My Pants All Week...

...and while I have done it quite literally a few times, I mean it more so figuratively. In fact, going figuratively, I guess I have been doing it for a few weeks now. I had a biopsy on Monday that originally was scheduled about 2 or was it 3 weeks earlier. Had to cancel the earlier appointments because I was sick with a chest infection. Got over that, or so we thought, and went in on Monday for a biopsy of my prostate gland. I truly was figuratively shitting myself thinking I was going to be told I have cancer again.

Well, Monday and the biopsy came and on Monday night I was in agony up mine arse and in my groin and I was exhausted. Called my doc, spoke to his partner who told me that is not normal and who then prescribed me Vicodan. I had a fever Monday night and lots of pain and took one Vicodan which helped. Once the fever broke the pain had pretty much disappeared. Pretty much as in I was still in pain but nowhere nearly as bad.

Tuesday had me feeling somewhat better because almost no pain all day but I was still fatigued. Wednesday arrives and with it the pain came back, not as bad as Monday but pretty darned bad. The fatigue remained and in fact got worse. Late Wednesday night the cold sweats came on and I guess so did the fever. Thursday was agony for me, was feverish on and off three or four times and had pretty bad pain in my groin and was totally spent and began painfully hacking away and blowing blood out of my nose.

On Friday, the doc's offices calls me to tell me the biopsy result, but the nurse first asked how I was feeling. I explained the situation which had improved somewhat pain-wise since Thursday night but not by much, all else being  fairly equal except there was no fever. She forgot all about the results and told me to get my ass to their office. My wife drove me in.

Once at the office, the doc examined me, then had my wife come in, to tell us I needed to get to the ER ASAP. I said my wife would drive me but he insisted that he call an ambulance and that they take me. Okay, I caved. The cops arrived (he called 911 not an ambulance company) and were soon followed by an ambulance. They took me into the ER and I was there from about 3PM through 10 or 11PM. It took six hours before I saw an actual doctor. Saw a bunch of nurses and others, was put into isolation because some idiot asked me if I had any contact with people from Ebola countries in Africa to which I had to answer yes but also said that I had no idea if any of them had been in Africa recently. That started a whole chain of events that was unbelievably comical - the first one being how the seven or eight folks tending to me when I first arrived all sort of slid away in a wave to the other side of the hallway. Then the administrator who came by to check on the 'Ebola' guy was asking a nurse about me while leaning her fat ass on my gurney. When the nurse told her "by the way, he's right behind you" you could virtually hear her heart skip several beats and it amazed me how with a stopped heart she could push right through that gang of nurses and the like to get as far across the hall from me as possible.

I wound up in isolation  soon after that, which was a good thing. Isolation = Private Room in the ER with my own TV. After all that, I was finally diagnosed as being dehydrated and having bronchitis (maybe I never got over that chest infection from a couple of weeks before or maybe I caught something in the hospital). Doc said it also sounded like I had had an infection in my prostate (biopsy site) but that it cleared up before I got to hospital. I was surprised he admitted that much since the biopsy had been done at that same hospital. He also informed me I have chronic lung damage which no other chest x-ray (including the pre-surgical one by the same hospital) had ever revealed before; I'll have to have my regular doc look into that. Bottom line they cut me loose with my now fourth prescription for antibiotics within a few weeks. Those previous prescriptions plus two antibiotic shots they gave me the day of the biopsy wiped out all the good bugs in my innards. Man, it was as if I hadn't literally, not figuratively, shit my pants more than enough this past week and they were giving me more to assure I won't have a solid for months to come.

The good news in all of this was that the biopsy was negative. Man, it was scary as all hell thinking that they were going to tell me I had cancer again and the figurative (not literal) shitting my pants I had done, waiting for the results, had really worn me out. I don't know which was worse, shitting my pants for real or the figurative type and I did more than enough of both. I guess though it had to be the latter. Anyway, I am pretty sure the diagnosis helped me recover, that along with the two or three sacks of fluid they pumped into me yesterday. I am still feeling pretty crappy (had to say it) and blogging will be minimal for at least a couple more days.

There it is, the reason I have not blogged since last Sunday, just in case you were wondering if I had fallen off the face of the earth or anything like that.