I May Never Buy Another Gun Made By Savage Arms...

...but that all depends on how they handle my current situation with them.

I have owned an old Savage rifle in 22LR and and old Savage 12 gauge both of which that I wound up selling and still own a Savage Axis XP in 308 and a Savage Model 93 in 22WMR (both bought new).

I sent the Model 93 into Savage Arms for repairs back in late June. It was not feeding reliably, in fact it was feeding terribly when doing so at all, and the mags were loose as all hell when in the mag well. They finally got it sent back to me a few days ago and it looked as if they fixed the problem with the mags having been loose. I am guessing that may alao have fixed the feeding problem but I refuse to test fire it until they address some issues new to the rifle since I sent it to them.

Yes, I am saying it appears they fucked up my gun while they were supposed to be repairing it. Here is a list of things I found wrong with it when I got it back from them and mind you those prpblems were nonexistant when I sent it to Savage Arms:


1) The shoulder portion of the stock is badly scratched, gouged or cracked. The more I look at it the more I am convinced it is a crack. The crack runs into the butt plate.

﻿ 2) The crown (? - raised portion of muzzle end) is gouged and dinged. The metal around the bore is scratched.


3) The barrel is dinged between the receiver and stamping on left side.

4) The wood under the rear scope mount, after midway between top and bottom is scratched and marred.

﻿
4) The bottom of the L-Bar is scraped.
5) The metal on the receiver immediately behind the ejection port is scratched.

﻿ 6) Adding insult to injury, they did not clean the rifle after supposedly test firing it as you can see in the last photo.


Maybe I am forgetting something else for the moment but I think I covered all the 'new' issues.


It seems they may have actually addressed the problem for which I sent it to them - the rifle not feeding properly and the mags fitting loosely. Yet, while the mags now seem to fit snuggly, I did not test fire the rifle due to the issue with the safety.


I have reported the new issues to Savage and sent them before and after photos. I noted that the return shipping boxes were not damaged ; so, these apparently happened while the rifle was at Savage for repairs. The rifle was almost pristine when I sent it to them, there was only a tiny ding in the wood in one spot. I am happy I took photos as I was preparing it for shipping (a good practice). While the photos I took when I sent it to them were not of the highest quality (it seems my camera setting may have been off kilter a bit) they are of more than good enough quality to shot there was no preexisting damage with regard to the new issues above. Now, I am anxiously awaiting their reply to find out what they will do, if anything, to rectify the situation. As I said, I may not ever buy another firearm by Savage Arms  - but that all depends on how they handle this situation.
All the best,
Glenn B
Posted by Glenn B at 8/23/2017 06:52:00 PM No comments: 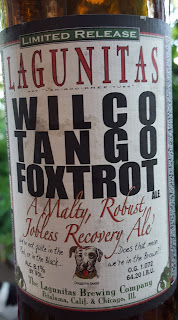 ...it's not bad at all. I am having it with a wee dram of Laird's Applejack and half a croissant as well. It's all my evening midweek dessert. It is a work eve but I am lowing myself since I have been booze free since Saturday. 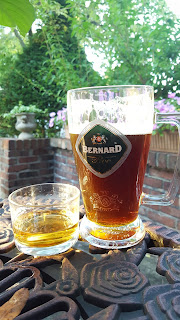 Yep, not bad at all!