The show last night was better than the season opener but how the fuck did it all of a sudden become a situation where Jesus is in charge and they are now taking prisoner some of the worst scum instead of shooting them dead. Then after the dialogue between Jesus and the Tara lesbian bitch, where she says Rick will agree with her and kill them, Rick goes all sorts of mushy and dos not immediately kill and dismember the baby in the crib (what a wussie). The coolest two of the whole show were The King and Morgan because they were looking to kill and doing it and the King pretty much convinced carol to get back on track. Now mind you, I realize that the lesbo Tara was killing but if anyone ever looked more like a dumb shit than her, when she was clearing rooms, I would be amazed; yet, she has the right attitude. Of course, most of them walking into rooms and looking one way, taking many steps before finally turning and looking the other way, also looked pretty lame relative to room clearing.

I'm happy though that the little lame shit, Karuuuul (as Rick seems to call him) was not highlighted. He should be next to die, in fact his demise is way overdue.

Also and suddenly they decide to use silencers - oh please while they have been absent in most episodes even though loud noises like gunshots attract walkers. I know it is based on a comic book but if you want to make it a really good show - get with it already and stop with the inconsistent bullshit.

Finally: Where the fuck are Gabriel and Negan!!!!!!!!!! Negan should be dead by now and Gabriel should have thrown his ass out of the trailer into the horde after blasting him to hell and back and then escaped in the other direction.

I Had Thought 12 Gauge Sabot Slugs Were Cool...

It is reportedly a saboted armor piercing tank round and it sure looks like it might be able to penetrate some fairly thick armor. Nice find by the jogger who found it along the banks of the Susquehanna River in Harrisburg, PA. More at the source. There is a PA National Guard base in Harrisburg and that would be my guess as the source form this round. Of course, that is just my guess but how it might have gotten there otherwise is a mystery to me.

On October 30, 1938, within minutes after 8:00 PM and due to a nationally broadcast radio program, millions of Americans actually believed we had been aided by aliens from Mars.

"Sunday evening in 1938 was prime-time in the golden age of radio, and millions of Americans had their radios turned on. But most of these Americans were listening to ventriloquist Edgar Bergen and his dummy “Charlie McCarthy” on NBC and only turned to CBS at 8:12 p.m. after the comedy sketch ended and a little-known singer went on. By then, the story of the Martian invasion was well underway..." 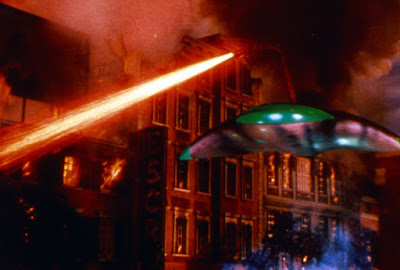 "An announcer reported that widespread panic had broken out in the vicinity of the landing sites, with thousands desperately trying to flee. In fact, that was not far from the truth.

Perhaps as many as a million radio listeners believed that a real Martian invasion was underway. Panic broke out across the country. In New Jersey, terrified civilians jammed highways seeking to escape the alien marauders. People begged police for gas masks to save them from the toxic gas and asked electric companies to turn off the power so that the Martians wouldn’t see their lights. One woman ran into an Indianapolis church where evening services were being held and yelled, “New York has been destroyed! It’s the end of the world! Go home and prepare to die!" More here.

I do not know about you but if it actually happened today - an alien invasion that is not the broadcast - I am uncertain as to whether or not I would try to flee or remain in my home and defend it and planet earth the best I could do. My guns, ammo and food are at home and each would take a lot of room in the Toyota Corolla so chances I would stand my ground and load for bear.

Looks About Right For Me 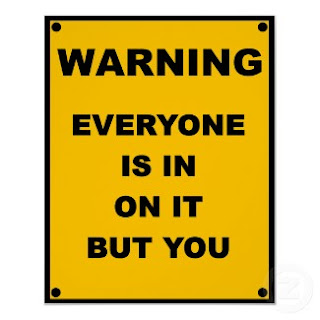 Not Here - Over There 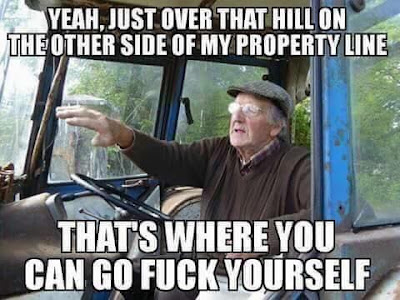 Well, not you guys, just saying it for the arsehats such as: ANTIFA, KKK, Neo-Nazi, BLM, communist and socialist types who may wander on by.
All the best,
GB