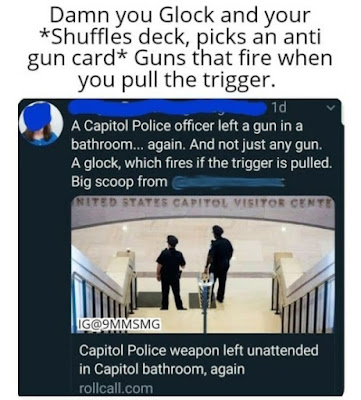 It Was A Good Shoot But..

...the video shows some things that need to be learned.

The responses of the officers were pretty commendable but two of them could have been mowed down because of their excessive (most likely adrenaline driven) boldness. First let me say that a vehicle is much akin to a very huge bullet or worse and when you place yourself in line of a bullet you are placing yourself in grave danger. Secondly, distance and cover are your friends. Third, a gun is not a shield. Fourth - be aware of crossfire situations and the tunnel vision that can allow it to happen. Finally, you need to exercise some self control of yourself to avoid becoming a potential hazard to yourself or other officers and in this regard I am specifically referring to the young buck who ran in and jumped the hood of the pick-up after the action was essentially over. Commendable eagerness but also a potential disaster waiting to happen - he could have injured himself or other officers and under less than favorable lighting conditions another officer may have lit him up - fatally.  Watch the video and bear those five points in mind, you will understand what I mean. Luckily none of the officers were seriously hurt from what I could gather but I think that maybe more due to luck than tactics.

I know, I know, I know - adrenaline was flowing, everyone was wound up, the situation was extremely dynamic but that does not mean we cannot learn from the actions of those involved with the hope of avoiding the potential for catastrophe to which some of them unnecessarily opened themselves up. They could have done it in a safer manner for themselves without having any less a chance of stopping the bad guy and that is an important officer safety concern. So, just in case anyone out there thinks I was doing so, no I am not bashing police, I'm just giving a critique based upon my own training - both received and that I gave with the hopes of improving responder safety. Overall, I think they were great, just trying to keep them and us safer in the future.

This video will probably be used as a training film for years to come and my bet is that each of the five things I just pointed out, and others, will mentioned and critiqued almost every time that video is used as a training aid to assure the safety of other officers in future encounters.

Baby It's Cold Inside

Well, at least it is pretty chilly inside and stands to get a lot colder in my house because the heat is not coming on. A technician from Petro Oil was here last night to fix our oil burner. Now it is not coming on at all. Getting a message saying "No Flame Check Valve" but I don't have a clue. They are supposed to be here between 1040 and 1240 - earlier if possible.

So much for throwing the technician a twenty last night for a tip. It's 56 in here now, 20 outside and I figure it will be a lot colder by the time they arrive. At least we have a gas fireplace in the LR. I've pulled out the small electric heater from the garage and put it in the basement to help keep the critters warm.

Now where is that bottle of Kirschwasser.