Hurricane Sandy - What Worse Could Happen Next?

Its about 1125, as I write, and the wind outside is starting to howl and I mean that most literally. The trees are whipping frantically and I just heard what I suspect was the house creaking, only once so far but it is a brick house and isn't supposed to creak. Still, this is nothing compared to what they say is headed this way but of course, what is headed this way is nothing compared to what they get in places like Florida. I was there right after Hurricane Andrew and can attest to that.


Yet, it is going to get worse, maybe much worse. I just read that they now expect/figure/guess that NYC and Long Island area will bear the brunt of the wrath of Hurricane Sandy. They are even talking about an 11 foot wall of water hitting us or at least areas along the shore. My sister-in-law lives in Freeport (which I believe was evacuated) and if that wall of water hits her house, well - all I can hope is that she has good insurance because she is only a few feet above sea level. We are inland but still on Long Island and only about 6 miles from the city border, if that far, so I expect it to be pretty bad here too but nowhere nearly as bad as on the coast. Still, it kind of makes me wish I had covered my windows. Oh well...


In the not too distant future, like within an hour of two, I think I will hit the Vodka - just to keep up my courage - you understand. Right about that same time, I am going to start playing with knives in a carving kit that I have never before used. I am going to try to make something of a pumpkin for Halloween. If nothing else, I can make a Jack-o-lantern and put a candle in it that we can use if the power fails. Speaking of that, I am pretty amazed that it has not gone out already. My bet would be there are toppled trees somewhere nearby by this time. Sooner or later, one will take a fall and take out the power lines along with it. We lost power for a couple or few days last year after that Hurricane, what was it called, I think it was Hurricane Irene. I have already been unable to access my favorite firearms forum. It is local here on Long Island and I expect that the connection problems are due to the storm. Little things getting buggered up already, I imagine it will only get worse as the storm progresses.


Whoa! Rain just started pounding the east facing side of my house and I do mean pounding. Getting worse by the moment. Oh shit, now what? That was one heck of a loud thudding crashing noise and the house seemed o shake a little, the floor under me sure did anyway and the floor of which I write is the cement floor in the basement. What the heck was that, I can just see it through one of the basement windows if I crane my neck enough? It’s a , a, a – a friggin spaceship, like a flying saucer sort of, it's landed,, or crashed, in the back yard and some aliens are getting out with blasters in their hands and they are saying something. I can just make it out over the howling of the high and wild winds, it’s: “People of earth, we come in peace”.

Oh shit,  I had thought the hurricane was going to be today’s big problem…excuse while I grab my AK47 and my .45 to take care of pressing business…

Back to reality - air raid sirens are going off - I suppose they have nothing to do with an alien invasion  from outer space but they usually do mean impending imminent danger. There go the smaller sirens, sounds like fire trucks headed somewhere. This may prove to be a long day. Stay dry and out of the wind my friends and neighbors but most of all stay safe. 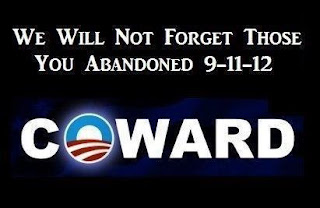 Hat tip to Jim Mc for this one.

I went to Costco and to Home Depot, yesterday, to do some shopping. Well maybe there was also another reason because I sure did that too. I watched the morons buying or trying to buy batteries, flashlights, duct tape, sand,  and whatever else they needed for an emergency caused by the coming hurricane here in my area. Of course, they were all doing this at just about the last possible moment. It was kind of fun watching the almost panic stricken hordes look for D-cell batteries when there were none in either store to be had.

I tried to buy a case of water because my wife said we needed one, they were sold out of that too. I only realized, after I got home, that she had probably wanted it because the storm was coming. I mean, when I saw she had two cases already, it made me think she wanted t be prepared like all those other folks at Home Depot and Costco, at the last minute. Besides that water though, I have about 3 other cases of it already in stock. So instead of buying more water, that Costco did not have anyway, I bought a case of diet Iced Tea and a case of H&B Oktoberfest bier.We are set on liquids for at least three to 5 days.

It was also fun watching folks try to pick out flashlights from the measly selection at Home Depot. In two visits to HD, one yesterday and one today (yesterday, I forgot I needed a cement mixing basin - I will use it to house some tortoises - so I went back there today), I must have seen at least 50 people walking through the store with flashlights they were buying. Now I can understand maybe needing batteries because you are low or the ones you have are old and you just forgot to buy new ones but were those folks for real - they were buying flashlights! Many had two or three in tow to the checkout. That makes me think they didn't have any to begin with. Tell me, are people really that stupid and ill prepared when it comes to potential emergencies!

Well anyway, we should be pretty good. We don't have a generator, so if the power goes out we will make due somehow. Perhaps, cook all the food in the fridge first, then whatever is in the freezer, then go for the caned stuff and finally eat the tortoises and the dogs if it comes to that. Of course, I will have to drink all the bier before it gets warm, I suppose that would only be right.

My trips to Homer's and Costco turned out to be very reassuring to me in that I am more certain than ever, after watching those idiots in a battery and flashlight buying frenzy, that my having prepared ahead of time was a good thing and thus I will continue to prep as time goes by. I am a product of The Cold War in that regard.