May Have Fixed The Beretta 1934 This Rainy Afternoon...

...and will try to get it to the range later today to make sure I fixed it properly. It had been misfiring in as much as when the trigger was pulled - sometimes the hammer would drop and the pistol go bang but at other times I'd pull the trigger and it would not activate the hammer. I figured it likely that a part was broken or worn but it seems I was wrong. 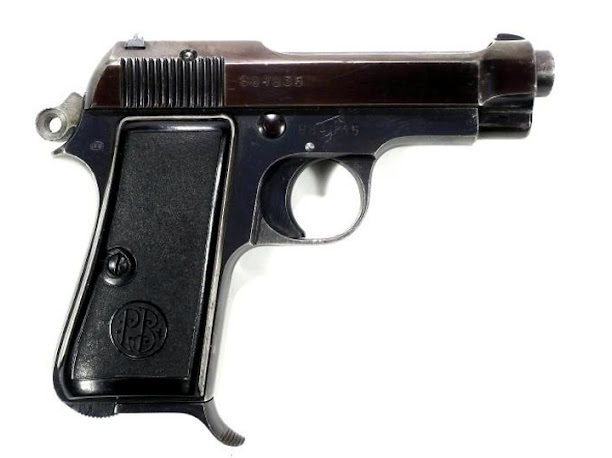 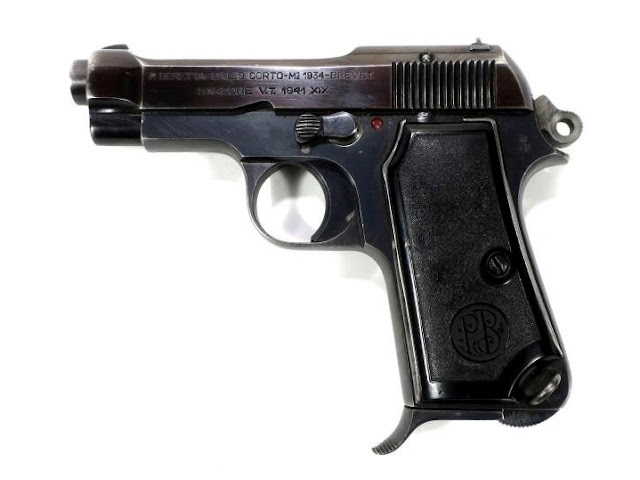 As it turned out, once I took off the left grip panel, and fiddled around with some parts, I realized that what turned out to be the Sear Plate Screw was loose. So, when I pulled the trigger, the Trigger Bar would sometimes slide under the Sear Plate instead of pushing the sear plate straight back as it should have done. Tightening the screw seems to have solved that issue but the proof will be in a range trip. (Got those parts names using the nomenclature from an exploded parts diagram at Numrich Gun Parts Corp, see link below.)

I hate to use it up but I have pulled 100 rounds out of my meager stock of 380 and am planning to hit the range later today. If there are no misfires in the first 50 rounds, I may just put everything away and call it a good shoot and an excellent but simple repair. As you probably know, 380 ammo is as rare as turtle's teeth and yes they actually each have a single egg tooth when hatchlings, they use it to break the egg shell when coming out into the world (source).

While working on the Model 1934, I came across a couple of helpful web sites/pages. One page, from Numrich Gun Parts Corp. (a site with which I am quite familiar), was specific to the Model 1934. See the page at this link: https://www.gunpartscorp.com/gun-manufacturer/beretta/auto-pistols-ber/1934.

The site at the following link is called the Beretta Web. It has a lot of info on Beretta firearms including exploded parts diagrams and indexed parts lists for many models of their guns. See:  http://www.berettaweb.com/sezionati/sezionati.htm. They do not list every Beretta firearm but do show many. Fortunately, they have the exploded parts diagrams and parts lists for a few of my Beretta pistols; although, while they may show a specific gun's parts diagram, they do not always have the parts list for that gun. Still though, a very good source of information, lots of other info therein. This is the link to their home page: http://www.berettaweb.com/.

While searching the Internet for info on the 1934 I also learned that my pistol's serial number indicates it was produced between 1934 & 1942. My guess is, that because of its high serial number of 884XXX, it was probably produced between 1940 and 1942 but I have no way to be certain of that. Being produced within that time frame would indicate to me this was a military weapon being that WWII was in full swing by then; I doubt many if any were being produced for civilian use. I had looked over the pistol before and was uncertain if any of its stampings were military.

Today, I decided to look again after reading the piece at this link. That article indicated that most pistols produced during WWII went to the Regio Esercito (aka: The Royal Italian Army (source). When looking today, the initials RE stamped on the back left side of the frame with a crown stamped over them finally made sense to me. This was undoubtedly an Italian Army issue pistol and I am led to  think it was issued and used during WWII due to its probable range of production dates. 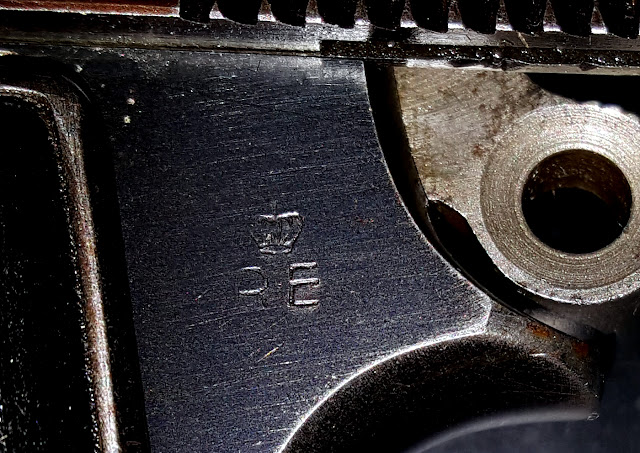 I pray it did not kill any American GI's since Italy was part of the Axis powers. I cannot imagine that there is any way to discover how it was used by the soldier to whom it was assigned and thus I/we probably will never know. Who knows, maybe he shot a Nazi or three with it (at least some post-war tales would have had us believe that the Italians turned on their Axis partners to some extent near the end of the war). Then again, it may never have been fired during the war. An interesting piece nonetheless and one that was obviously well cared for by whomever has owned it during all the years of its existence (it looks to have been barely used). I just hope I fixed it right.
All the best,
Glenn B
Posted by Glenn B at 1/30/2021 03:56:00 PM 5 comments: