Yesterday, I got to shoot the Beretta 950BS Minx in 22 short, that my son bought me as a gift and that will officially become mine once I relocate to AR as a resident. 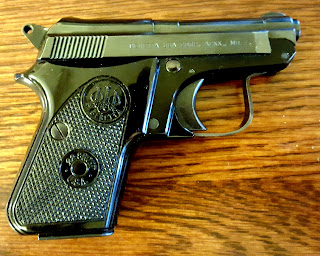 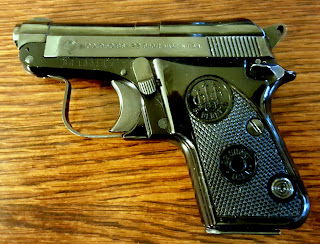 We went to an indoor range. I only fired about 21 shots out of it but that was enough to get a decent first impression of it. As I expected, based on my experience with a few Beretta 950BS Jetfire models in 25ACP, I had kind of, sort of, more or less figured this would be much the same as far as how well it functioned.

I was on the money and at least for the few rounds I shot through it, it functioned flawlessly, it pointed well, it sights are usable but very small, it hits where you aim and hits where you point shoot at least at close range (I was firing at 7 yards). My groups were somewhat smaller than the size of my fist while firing at a moderate pace and trying to use the sights to the size of my open hand while point shooting rapidly. The amount of room in the magazine, front to back, when it was loaded was amazing. It looked like it would fit 22LR rounds in it. The 22 short is certainly a tiny round but even with all that room the rounds fed reliably each time, the little pistol went bang each time and the blow-back design extracted & ejected the spent casing each time. I was shooting CCI 22 shorts. Nice little gun for which I will have to find another magazine or three and hopefully all will be OEM since the aftermarket brand(s) seem to be abysmal as to reliability to feed. The thing is the OEM mags seem to be very difficult to come by.

I wish they had chambered these in 22LR as I do not like the Beretta M21A anywhere nearly as much as the 950B S.
Anyway, I like this little gun and most assuredly will have fun with it. 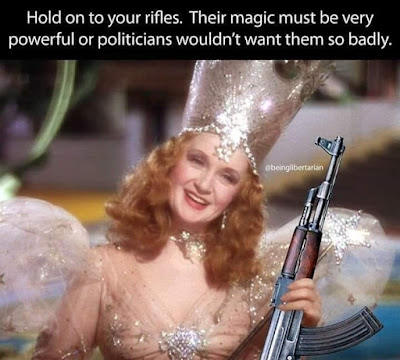 I'm Coming Out But Not From The Closet

I am a straight white agnostic male and I stand with the USA, I support those who want to enjoy the liberty to: gather & speak freely, print the truth, be religious or not so long as they do no harm to others because of their beliefs, belong to a political party so long as it does not seek to overthrow our legally acting government or disregard our Constitution, I tolerate those who choose to live a different lifestyle than my own even though I may not accept their lifestyle as normal (yes tolerating and acceptance are different), I think they who mutilate their bodies to become that which they are not are mentally ill and support assisting their seeking & obtaining mental health care and hope they do so, I believe you are what you are by way of nature and that no matter how hard you try you cannot become something other than male or female or hermaphrodite (transgender is nothing more than denial of reality) and it is about time people become realistic fairly sane adults, I believe most recreational drugs should be legalized but if you have a problem with drugs or an addiction to them then the problem is yours and it is not the government's responsibility and certainly not mine to help you, I decry they whose first act on a country’s soil is a criminal act, I despise politicians who legislate laws to infringe on the rights of citizens and legal residents while they support an invasion of our country by illegal aliens and who look to give benefits to criminals of all sorts at the expense of the law abiding tax paying citizen & legal resident aliens of our nation, I believe one needs to earn a living not get handouts (of what the government takes from the taxpayer) if physically able to do so, I believe in the right to work but also that you need to pay attention in school and strive to do your best to achieve a good education and ultimately land a decent job, I believe that a person who by way of honest work achieves more is the one who deserves more of a reward for that performance, I believe in being charitable to those truly in need but cannot tolerate freeloaders or think they are entitled to what is mine or yours, I am not a Democrat nor a Republic nor am I a Liberal nor a Conservative but rather tend toward Libertarian ideals, I believe the law should apply to every every citizen and legal resident alien equally, I believe the rights of the citizens and legal resident aliens of our nation apply to all of them equally, I do not believe illegal aliens should enjoy those rights equally as do citizens nor that they should enjoy the protection of our laws equally as they obviously hold little or no allegiance to our nation or Constitution, I truly believe that while government is necessary it is all too often the problem and it needs to be reigned in severely, I believe that government officials who routinely violate the rights of the citizenry or otherwise violate the Constitution should be removed from office and swiftly prosecuted under the law and banned from further government service, I believe government servants are just that - servants of the people - both in the military and civil service, I believe politicians are our servants and not our masters and that they need to be reminded of it and sternly so if necessary, I believe in 2-4 year long (at most) two term limits for all politicians, I believe in liberty and true justice for all, I believe the Constitution of the United States of America to be the most perfect legal document ever written subsequent to the signing of the Declaration of Independence, I have sworn to uphold & defend the Constitution (as written - not as interpreted by the whims of the times) against all enemies foreign and domestic and just because I have retired does not mean I have forgotten or abandoned that oath or my responsibility to it, I am a free man or at least intend to live as one.