Snakes In The Grass (well, not so much the grass but the leaves)

My son bought a house, I guess it was last month, maybe the month before. He was in his yard I guess today and came across this little guy; in his text to me he said he almost stepped on it: 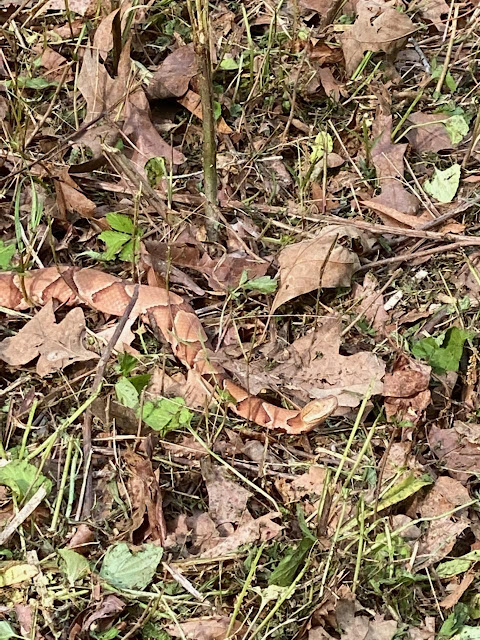 That is (or was) a really nice specimen and a specimen is what it wound up being - albeit a headless one - after he whacked it. It is amazing that a thing as beautiful as that can kill you (although most Copperhead bites are not fatal but certainly can be agonizing and tissue destroying). 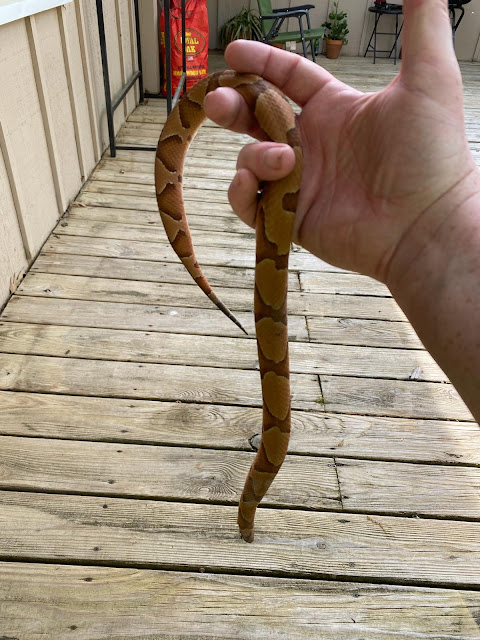 Brendan takes after his old man and thus is a regular herper. ETA: He probably would have preferred to catch this Copperhead alive and relocate it but had no safe means to do so such as snake-tongs and a secure catch box. I am quite happy he did not try using his improvised snake hook to pin it down and then try to pick it up by hand. I once caught a Western Diamondback Rattler when I was alone. I used an improvised snake-hook and improvised tongs (not snake tongs) so I never grabbed it (at least not as far as I will admit to being that stupid). Had I been tagged by that rattler, I would have been in dire straights indeed. Brendan killed this copperhead with a shovel. End of edit.
He also found a nice baby three toed box turtle a day or two ago. It was walking up his driveway. What a surprising coincidence was it that in that he had just told me, the day before he found it or so, that he wanted to get a musk turtle as a pet. We had one for 20 or 25 years when we lived in NY, had it since it was a days old hatchling. 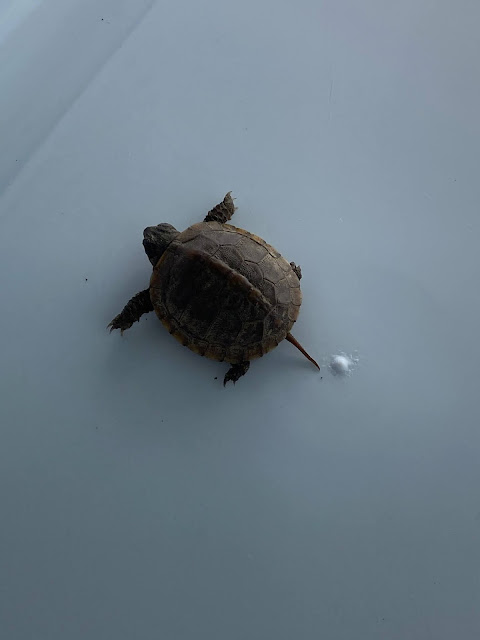 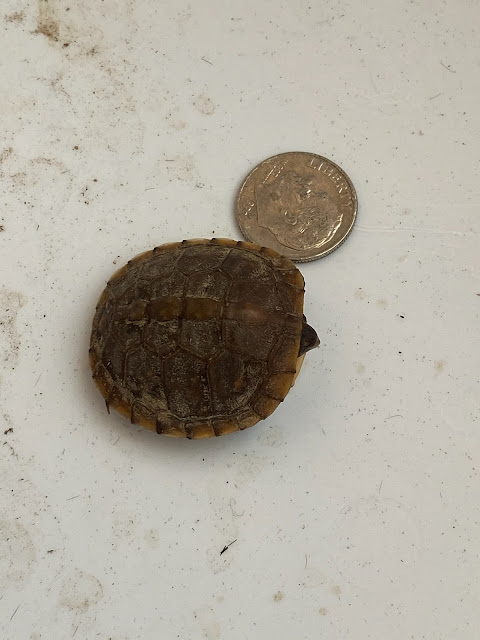 Whatever, it is a nice little three toed box turtle and my son is planning on keep it as a long term pet. If it survives (just like any critter, baby reptiles have a fairly high mortality rate) and if he cares for it properly (and I have no doubt as to the excellent care he will give it), it will assuredly outlive me and may well outlive Brendan. It's been eating already and that is a good sign.
I am going to look for some items for its care online so that's it for now.
All the best,
Glenn B
Posted by Glenn B at 4/27/2021 06:53:00 PM No comments: