My NY Gun Forum Secret Santa Was Very Good To Me...

...this year just as he was last year even though he was a different one than the last one. In fact he was very generous.
Yesterday when I got home from a day away, I found this box on my door step. It is pretty big, that is a Marlin 336 in the gun sock for scale. No, the Marlin was not my gift. 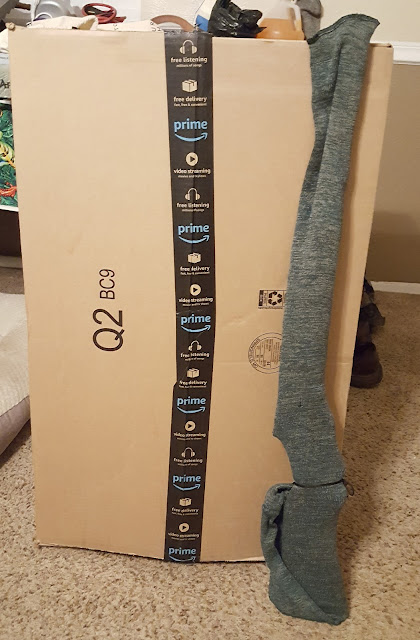 When I saw the box, I kind of hoped that it did not contain one of the forum members who is quite the trickster and who, each year, sends a sexually orientated gift along with a regular Christmas gift to his giftee. He once sent me what Bruce Willis & Ving Rhames are wearing orally in the below video. Really, I never used it. By the way, it would not be too much of a surprise to me if he (the trickster) sent himself to his giftee if he thought he could survive the trip.
The box was certainly big enough to pack someone into it. Seems to be a fault of Amazon that they use boxes 3 to 4X too big for the item inside. They had one small piece of packing paper in with the gift providing zero protection, thank goodness it arrived in good shape. Just in case you do not think the box was big enough to hold someone inside of it: 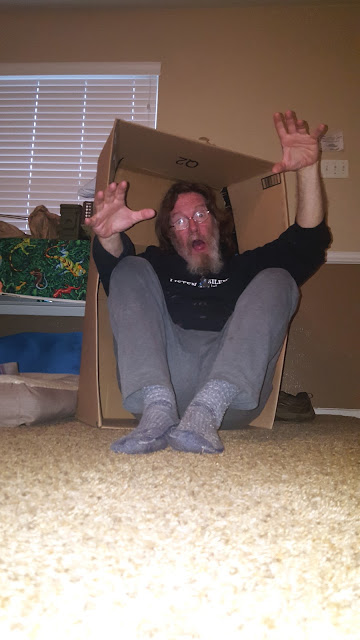 Luckily for me, it did not contain the trickster, in the Gimp's outfit, nor did it contain a blow-up doll or a dead body. Instead, it was sent to me by a totally different Secret Santa and it held something very useful - a Tipton Ultra Gun Vise.
While that was extremely generous and well thought out as to what I probably could use, the thing is, I already have one! I bought one last year.
So, what to do with the new one. I will not re-gift it but rather will take it to my son's place and leave it there. That way he can get some use out of it and so can I when I visit him. Sounds like a reasonable solution to me since I'd have no use for two at my place. That way, if we have to flee to either one of our places and head to the other's - once the Zombie Apocalypse or the Demogorgons turn everything into a wasteland or into the absolute Upside Down - we will be ready to repair whatever might need repairing at either place. With the zombies acting as they have been acting, that may be sooner than expected.