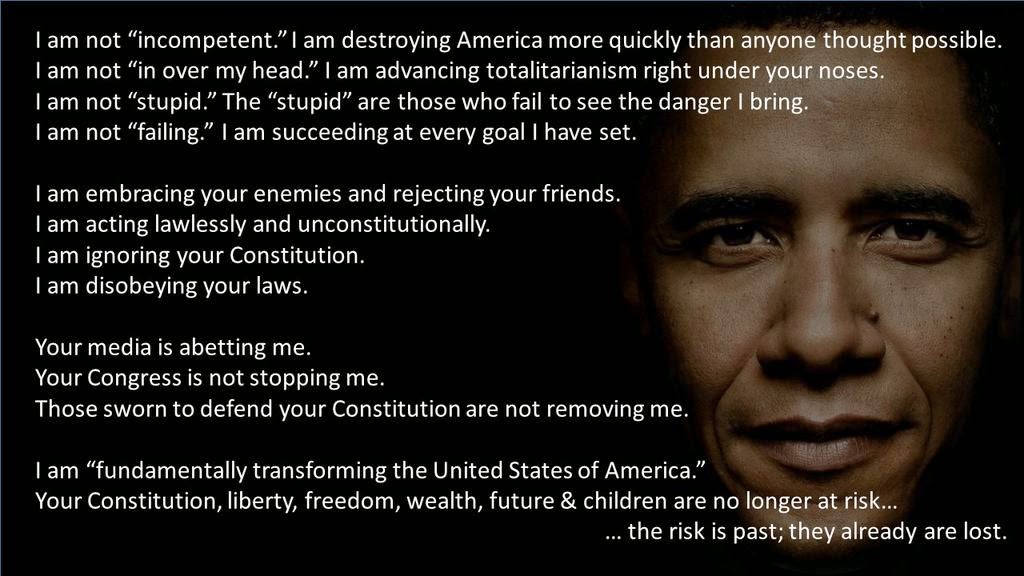 You may think that just so much fluff but in fact everything in it is supported by the attitude of 43% of the Democrat party. A recent Rasmussen poll has shown that a whopping 43% of demoncrats Democrats believe that President Obama should be allowed to disregard the courts when he decides to do so.
Along those same lines, President Obama criticized and faulted his predecessor President George W. Bush for allegedly disregarding the Constitution and Congress. Obama stated that if he were president he would reverse what he claimed GWB was doing. The truth be told, regarding virtually every of Bush's policies that Obama denounced, once he was in office, Obama extended or expanded on those policies (and created new and even more egregiously illegal ones) while exercising an utter, contemptible and illegal disregard of the Constitution, the Courts and the Congress.
I had thought that GWB was bad in his disregard for the Constitution on some issues but everything Obama does has intensified exactly the things for which Obama faulted Bush and more. In that regard, Obama has established himself as the Tyrant King of the American Presidency. As I best recall history, we in essence threw the last king and his minion out on their arses.
A hat tip and my thanks to Peter Q for the poster.
﻿
All the best,
Glenn B
Posted by Glenn B at 2/21/2015 10:06:00 AM