I Have Been Dealing With Verizon...

...for hours today trying to upgrade a standard definition box to high definition and also to order a new 2 year contract but specifically without losing any channels. I first called them and asked for the location of the nearest Verizon store and was told, no I wasn't told, it was demanded that I give the Verizon phone representative my PIN or my account number because she said I could not get the store address without those. Then she said I could give her my phone number and when I told her I had just keyed into my phone number when I first got through to Verizon's automated answering system she told me I had to give it to her or give her the other info she had just demanded. I got pissed more than I have been in a long time and cursed her out and hung up. I regret doing so but truthfully she was a snit and deserved it.

Then I went onto Verizon chat. I ordered the new set top box in HD. Then the rep told me that if I ordered a 2 year contract, I would save $20 per month off of my current bill. I made it absolutely clear, I would not do so if I lost any channels and she told me everything would be the same except that my Internet speed would be increased (I have TV, Internet & phone with them). Got it all done then saw in the confirmation email that it said I was dropping some services and the new rate shown amount to about $40 - $45 or so. I checked back with Verizon and was told I was going to lose several channels like Starz, Encore and others under the new contract. I was told I could cancel without penalty and then that she could not cancel it and I wuld have to call another department to do that. So I made that call and spoke with a guy I am guessing was in Pakistan or India. He supposedly cancelled the new contract but only after first mistakenly cancelling the order for the set top box. He also supposedly reinstated that order. That was about an hour ago.  I have not yet received a confirmation email for the cancellation even though it only took mere seconds to get a confirmation email saying the order had been placed. I have been in Verizon chat with a Verizon representative for 33 minutes now and he just asked if he can have a supervisor call me. I am awaiting that call.

I just got that last period in the above paragraph when my phone rang. It was the supervisor. I guess I was on the phone with her for at least 45 minutes. She was quite pleasant and she figured out where al this was going reference me losing channels with the new contract just ahead of me getting to it. She was on the ball and she checked everything including to see if the contract had been cancelled by the guy to whom I had spoken to cancel it. Instead of finding it cancelled, she said it went through as we were speaking to one another and no matter what we do now such as me just keeping the service I had all along, I will lose the channels that I was assured (by the woman with whom I placed the order) I would not lose.

On the bright side, the supervisor told me she could have someone else get back to me tomorrow (and here comes the bright part) if I could wait for her to call me on Monday when she gets back to work after the weekend. I opted to wait and will speak to her because 1) she was very professional, courteous and nice, 2) she was fairly knowledgeable 3) if she did not know something, she said she did not know it and checked on it for me 4) she had a full understanding of the problem, 5) she told me she would assure an approximate price range that would indeed save me about $15 to $20 a month and I would wind up with the Verizon HD Ultimate package, Internet and phone and my channel lineup would not decrease but would increase markedly and 6) She told me that what the first rep told me about her needing my PIN or account number to be able to give me a Verizon store address would have pissed her off too..

Hopefully it will all work out on Monday. As for the five Verizon reps I dealt with today, at least the first two - the one on the phone initially, then the one in chat and then on the phone who placed the orders for me, I think they fit the bill for this perfectly: 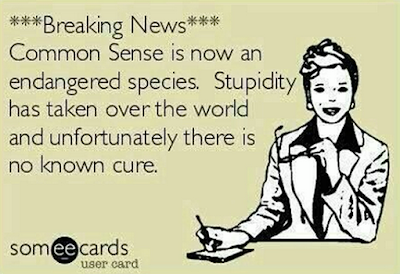 I hope she seems the same come Monday.