There Is A Major Flaw In This Philosophy 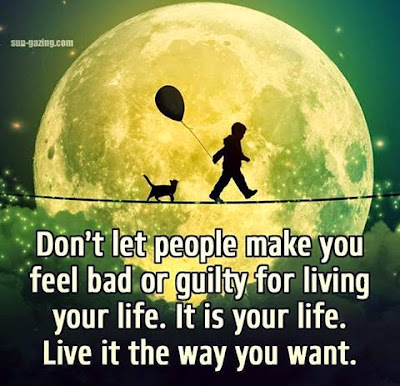 I found this image on Facebook and although I am sure the person who posted it there thought of it as a wonderful﻿ image to push for unabashed self expression in a good way, there is seriously something very wrong with that philosophy. You see, when you don't give a damn about what others think when you do something wrong in life, it can lead to terrible consequences.
If you don't think I am right about that, then consider this: It is apparently the same philosophy followed by folks like Charles Manson, John Wayne Gacy, Aileen Wuornos, Gary Leon Ridgway, Pol Pot, Joseph Stalin, and Adolph Hitler to name just a few. They lived life the way they wanted to do so and that was by wantonly killing others without regard to what others thought about them.
All the best,
GB﻿