Took the Sig Arms GSR Revolution RCS out to the range yesterday. Shot about 150 rounds through it. Pretty accurate but a little jumpy in the hand with those thin 1911 style grips and nothing for the pinky finger to grab onto (it's a compact, not a full sized 1911 type pistol) but I will get used to that I suppose. Had two failures to feed on the last round in the mag. Don't know if that was due to shooter error (like maybe my ever so delicate wrists acting all sorts of limp

), the magazine(s), the ammo or the gun. If it is still doing that after 500 rounds or so, I'll look into it further. Not too concerned now as it is not currently and not likely to become my carry gun.

My first 7 shots with it had about a 5" spread with one flier (fired at a used target someone had left behind - doing my part to recycle, it's about a 12 circle): 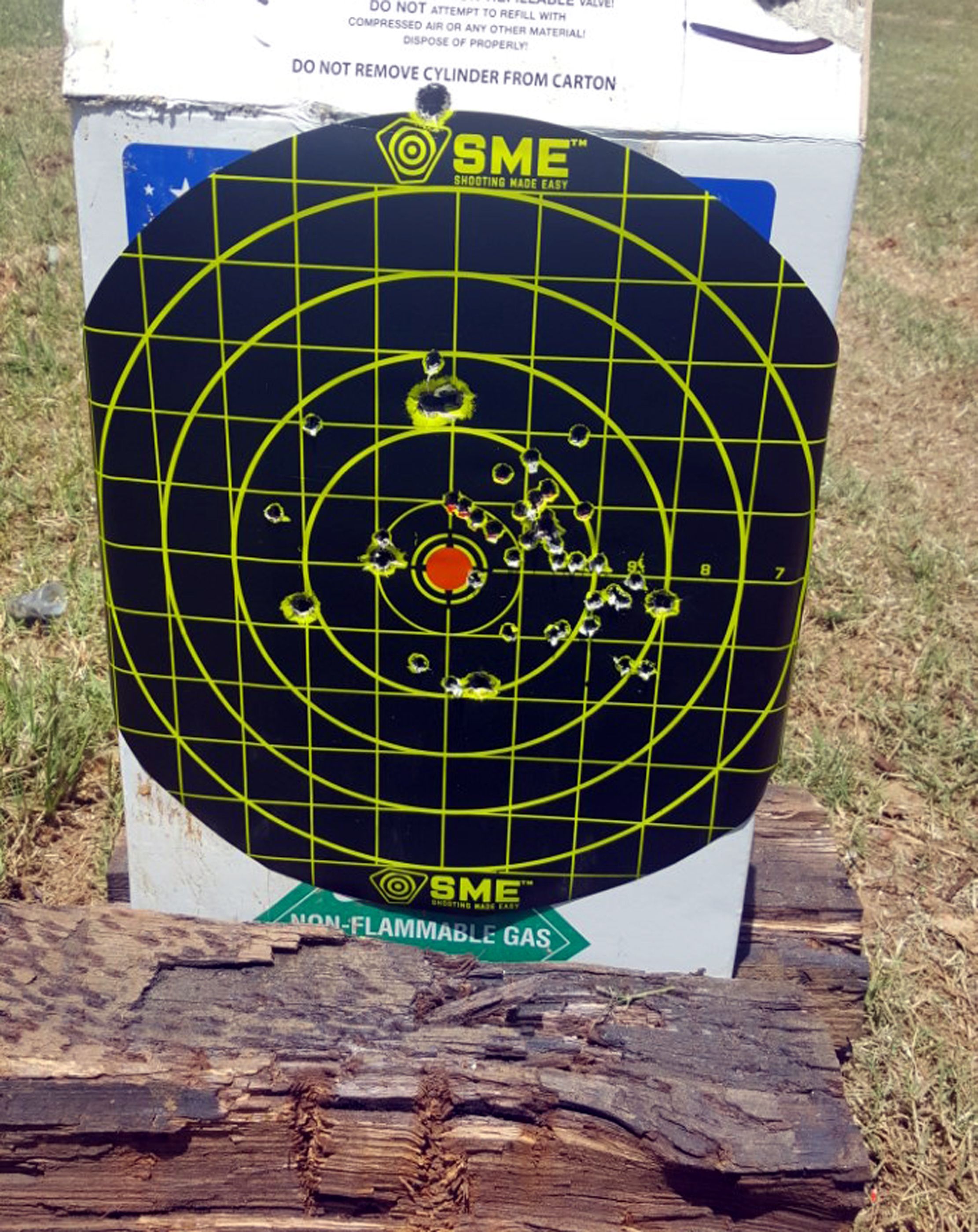 My second set of 7 shots had about the same group size also with a flier in the bunch (the Birchwood Casey slapped over the other target has an 8" diameter): 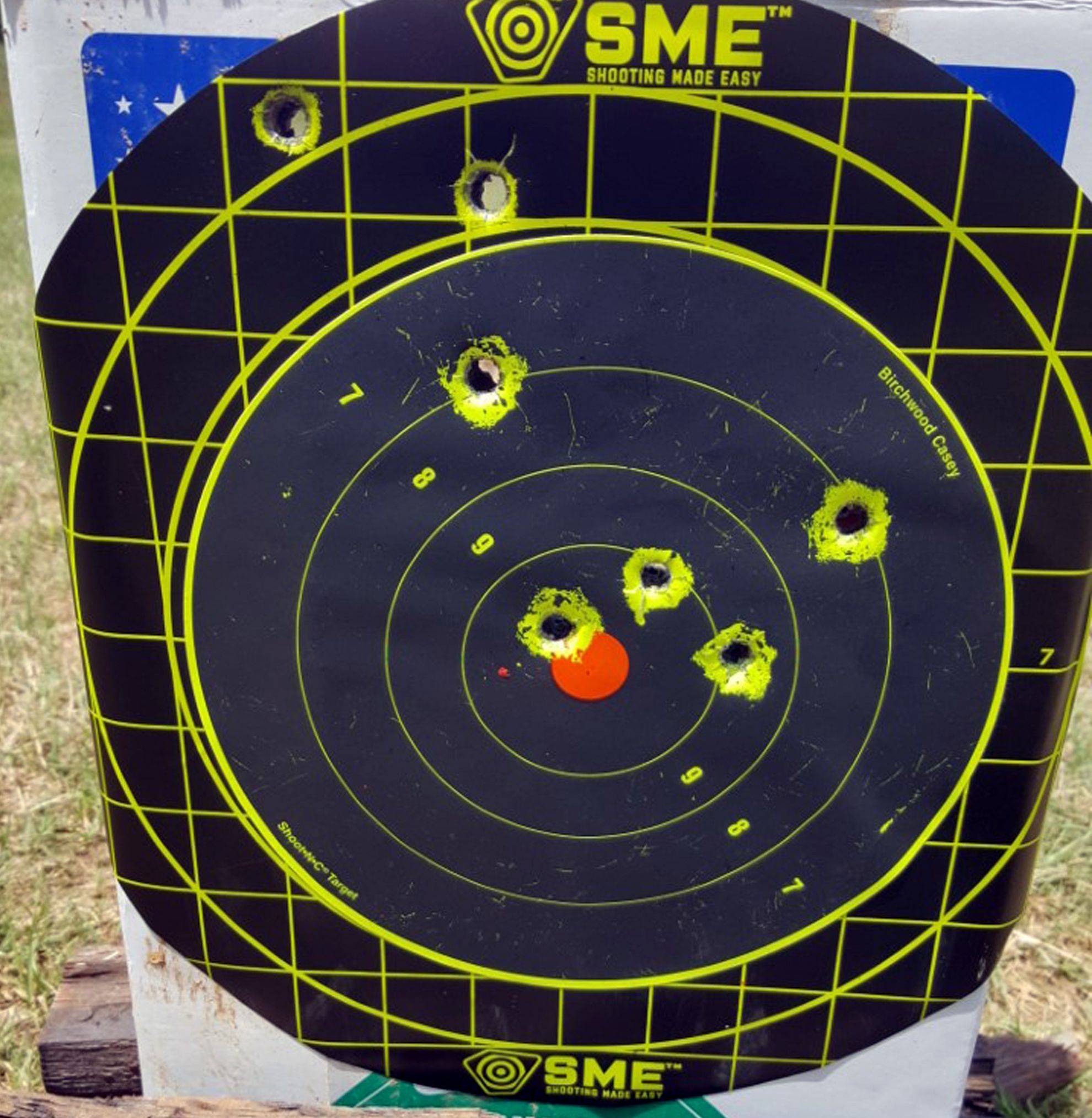 All those shots were slowfire at 25 yards, standing, two hand hold unsupported. I am sure the groups would have been much tighter if I had my eyes of 20 or even 10 years ago but these were good enough to make me happy about my first two mags worth of shots with it. I am sure I will improve with it (who am I trying to kid). After that I did not bother to check the target again, I just fired away pretty much to check the functionality - slow fire, rapid fire, strong hand only, weak hand only - until I was out of ammo. Got to bring a few hundred rounds next time.

I like my new toy and am going to enjoy shooting it very much.